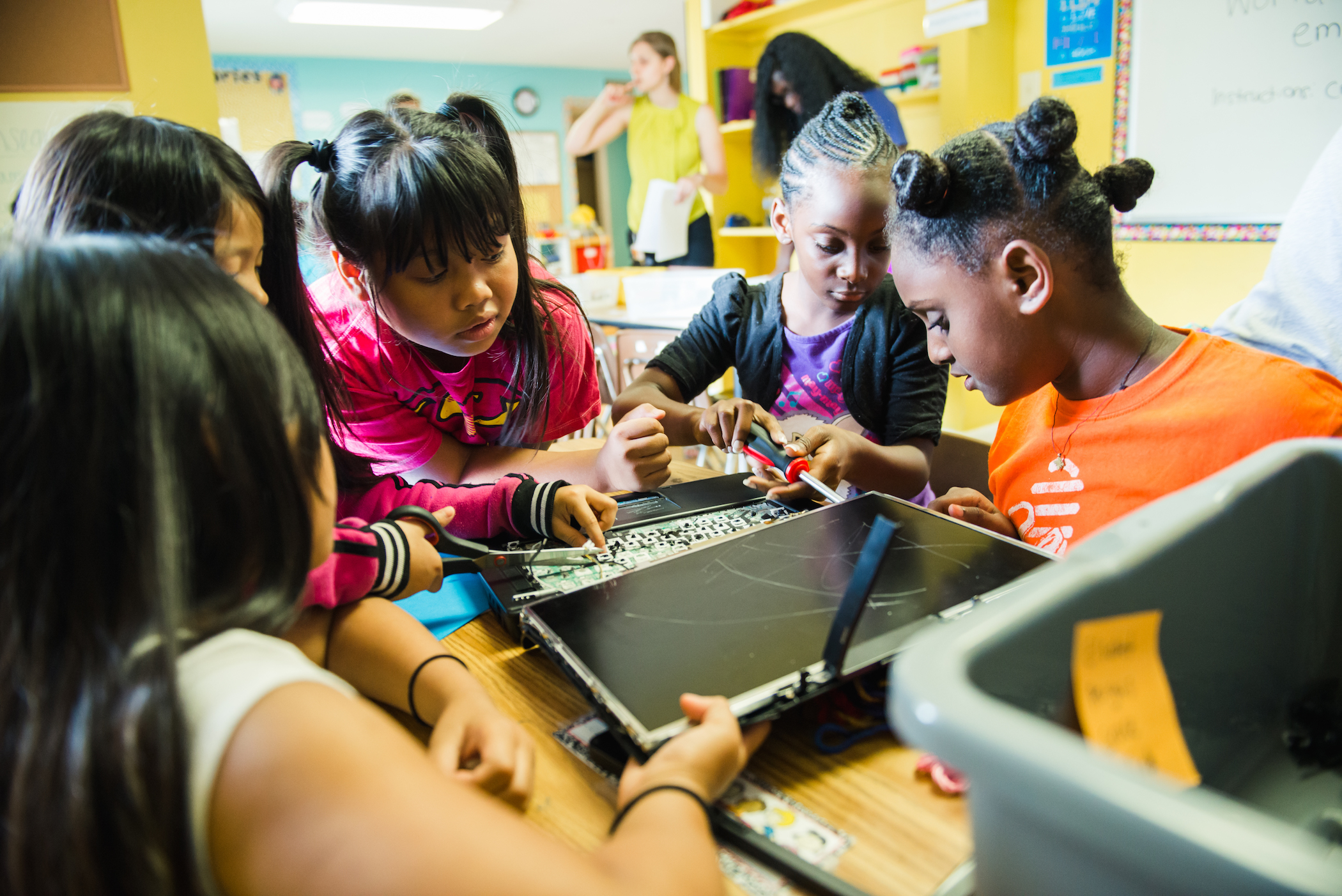 Last year alone, more than 1,700 people arrived in Texas seeking refuge, according to the U.S. Department of State. And in Vickery Meadows, the majority of over 7,000 kids ages 13 years and younger are refugee and immigrant children. In a new land, it can be hard for refugee kids to excel because of issues like culture shock, finances and language barriers. So five years ago, Heart House Dallas expanded its afterschool care model to equip immigrant and refugee children with the tools they need to grow, learn and make new friends. We sat down with Soudary Kittivong-Greenbaum, mother of two and official spokesperson for Heart House Dallas, to learn more about the nonprofit and how it’s changing the lives of refugee kids.

DallasChild: So, tell us. How did all of this begin?
Soudary Kittivong-Greenbaum: Heart House was founded in 2000 by Anna Land and Suzanne Kiefer. While volunteering within the Vickery Meadow community, these two women saw a deep need for a safe place for children during the afterschool space. Due to high levels of poverty, typically both parents within the household were working, leaving the children without supervision from the time school got out until around 6 p.m. With a growing number of gangs and acts of violence that are a part of urban reality, these children were left vulnerable for others to prey upon. So that’s how Heart House began. It literally began in an apartment complex unit … [it was] the usual afterschool support: homework help, mentoring one-on-one, that kind of thing. So it was a very traditional afterschool [program] up until four years ago when Lenita [Dunlap], our current CEO, took pretty much the same afterschool model and expanded it beyond. She restructured the program based on the unique needs of refugees that the general population did not have. Now what we focus on is this place of giving children trauma-informed care and equipping them with critical social and emotional skills.

DC: How are the refugee kids different from kids who have grown up here? What are their biggest social and emotional challenges?
SKG: The majority of the children we serve are refugee children from all corners of the world who have experienced war or persecution in their home countries. They have had to flee their homes involuntarily, and many have spent their young lives in refugee camps. It is not uncommon for refugee children to have experienced the death of loved ones or bear witness to unfathomable violence. The trauma from these experiences and not having a “home” during early childhood brings tremendous hardship. Adjusting to a new life and culture and schools in Dallas brings additional barriers.

DC: Is Vickery Meadows known to be kind of a hub for refugees?
SKG: The neighborhood is traditionally refugee-based. So that’s why the children are very diverse. There are 18 different languages spoken and many of the children themselves are multilingual. Vickery Meadows is one of the most densely populated areas of Dallas. Within that area, a lot of refugees resettled there because [there are] different refugee resettlement agencies. There is no rule saying you have to live in Vickery Meadows. It just kind of naturally attracts people because of the affordability.

Visit hearthousedallas.org and scroll over “Get Involved” to find the volunteer drop-down tab. There, you can apply online, or email volunteer@hearthousedallas.org. Instead of celebrating World Refugee Day (June 20, 2019), Heart House Dallas is celebrating World Refugee Month with a VIP event (cocktail hour reception fundraiser) on June 20, 2019, and a culture festival, Tastes from the Heart, at Fair Park on June 22, 2019.

DC: Now as a refugee-centric nonprofit, what does a day in Heart House Dallas look like?
SKG: So we serve on average about 240 kids every single day. They are all students from Dallas ISD [Independent School District] schools. Heart House operates three locations within blocks of each other. Across the three locations, we run eight different sites in total, broken down by grade levels: K through second, third through fifth, and sixth through eighth. It’s kind of like a classroom setting. So [at] 3 o’clock, they come in and play in recess right away to get their energy out because they’ve been sitting in classrooms all day. They have a meal. We have a partner that gives us a free meal for every single child. It’s called Equal Hearts. They have a meal every single day. They have center time, which is like a rotation of art, music, science, the typical after school. Then from 4:30 to like 5:30/5:45 every single day the curricula rotates. So it’s kind of like a school after school.

DC: That’s a lot of kids. How does the staff keep up?
SKG: We have a staff of about 22. We have a specialist who focuses solely on social and emotional learning. We have a counseling director and a team of LPC [licensed professional counselor] interns that provide cognitive behavior therapy and art therapy for the kids. Our team of teachers and interns are experts in early child development, culturally relevant counseling, teaching and more. [At] Heart House, everything is free. So if you live within the apartment complex and you are underserved between the ages [of] kindergarten and junior high, you’re able to come to our program.

DC: You’ve had over 20 years’ experience in the nonprofit world. Why did you decide to become involved with Heart House?
SKG: I wasn’t looking for a full-time, in-house role, to be honest. But Lenita, our CEO’s appeal to come help her grow and expand the work of Heart House was one I couldn’t turn down. She is very persuasive and passionate. I already had a long career in consulting, working with larger advocacy and public health organizations, but Heart House’s unique trauma-informed, child-centric approach drew me in right away. That, and when I met the children, I fell in love! I knew I could have impact here.

DC: How can people get involved with Heart House Dallas?
SKG: We have different groups come in as teachers’ assistants. From 3:30–6pm folks can come for a day of service or a rotating day of the week. What they really do is come in and walk alongside the teachers, whatever curricula is going on that day. They can sit down and listen to the teacher and kind of give the students that one-on-one help and support.