Skip to content
DFWChild / Articles / Things to Do / Places to Go / History in Dallas: The Dallas Holocaust & Human Rights Museum 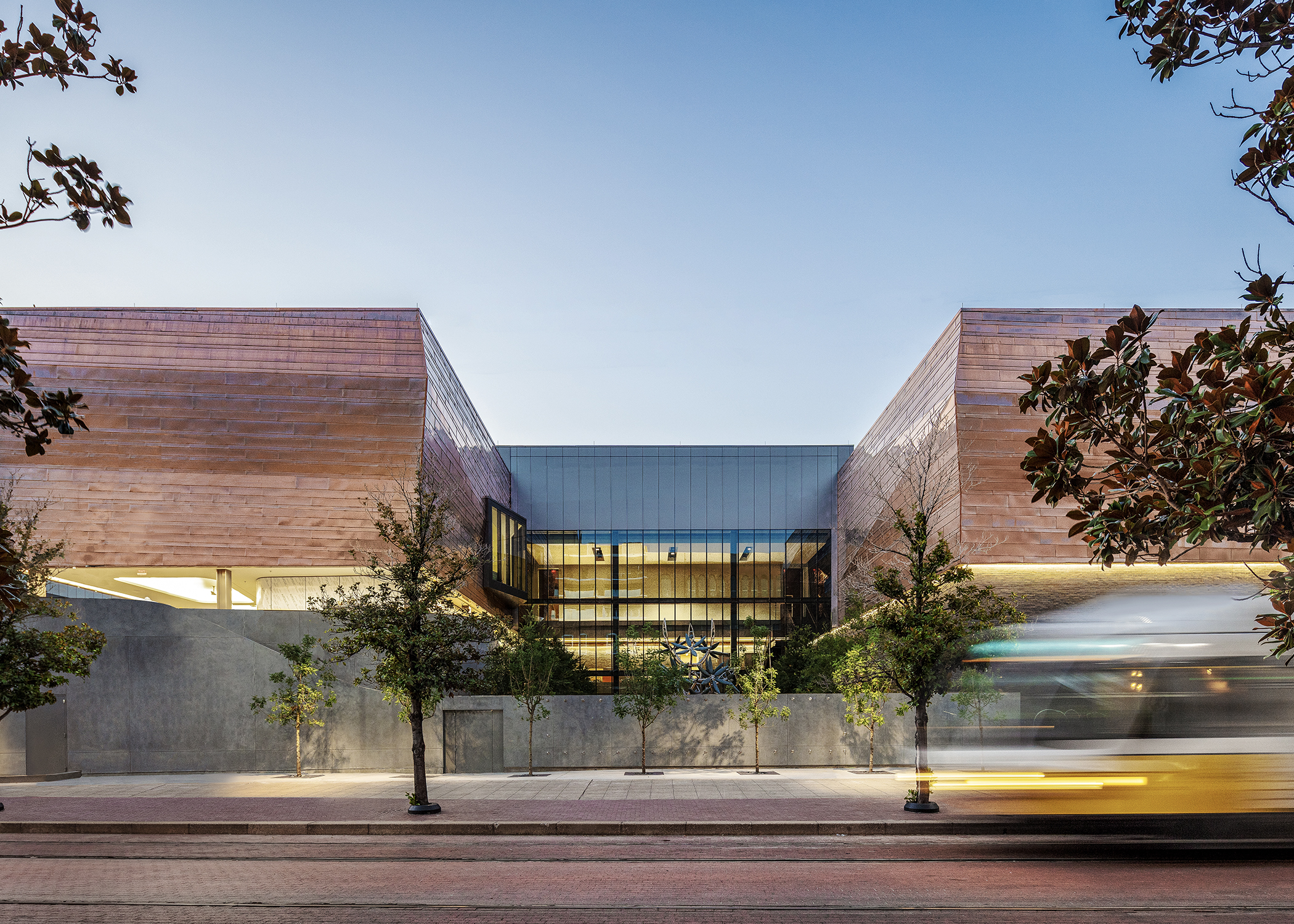 This week the long-awaited reopening of the Dallas Holocaust Museum (now the Dallas Holocaust and Human Rights Museum) occurred. The beautiful new building, a massive 55,000-square-foot facility, is located in Dallas’ West End, just near The Sixth Floor Museum. On opening day, the place was alive and teeming with eager visitors waiting in a line wrapped around the building to get their first look, and we had the opportunity to view all the new museum has to offer as well.

Upon entry, a bright, open lobby greets you with an expansive auditorium to the left and a courtyard to the right. There’s a massive sculpture within the courtyard, which was commissioned just for the museum by Texas artist James Surls. The piece is 16 feet high, 13 feet wide and 13 feet deep—completely fabricated from bronze and steel.

Stroll past the lobby, and you’ll experience the three wings of the museum: the Holocaust/Shoah Wing, the Human Rights Wing and the Pivot to America Wing. One of the newest characteristics you’ll want to notice throughout the museum is their new human rights focus and the celebration of “upstanders”—those who stand up to prejudice, hatred, and indifference and inspire others to make a difference as an individual. These “upstanders” are highlighted all throughout each wing, including some notable Texans (keep an eye out for Lyndon B Johnson’s plaque).

In the first wing, the Holocaust/Shoah Wing, you will see and experience heart-wrenching pictures and materials, including a Nazi-era boxcar, a ceiling display of belongings, audio of Adolf Hitler’s speeches, concentration camp uniforms and propaganda film footage.

Be prepared—it’s difficult to walk through this wing without feeling entirely overwhelmed and close to tears as you see horrendous things, such as death camp statistics and a map display showing the locations of concentration camps throughout Europe and far west Russia.

In the next wing, the Human Rights Wing, you will learn about the Universal Declaration of Human Rights (a work one Eleanor Roosevelt had a hand in) as well as the Ten Stages of Genocide—an exhibit that depicts other historic genocides which help you understand how these atrocities happen. The art installations within this wing are not-to-be-missed.

Finally, the Pivot to America Wing allows visitors to end on a more uplifting note through exploration of civil and human rights developments here—nationally and in Texas. On top of that, you’ll be able to learn about implicit bias and how it impacts your thinking in an interactive theater. This wing is a great place to reflect on how far we’ve come as a society, but also a reminder of how much more we can still do.

At the very end of the tour, you will enter the sobering, immaculate Memorial and Reflection Room. It’s impossible to look at the names covering the white wall and not feel the need to take a moment for silence and contemplation.

Overall, the museum has an extraordinary amount to offer. We were at the museum for only a couple hours and still feel as though we could go back and spend days taking in all the information.

Parents, it is important to note that while this museum displays incredibly significant history your children should learn, it is not for every child. The museum stresses that the content is best for kids age 12 and up, due to the intensity of the subject matter. However, if your child is younger than 12-years-old, bringing them is at your discretion.

We also want to stress that regardless of your child’s age, we recommend taking note of your child’s level of maturity—the content is difficult to listen to and look at even for us as adults—so be prepared they might ask some difficult questions.

Images courtesy of the Dallas Holocaust and Human Rights Museum.