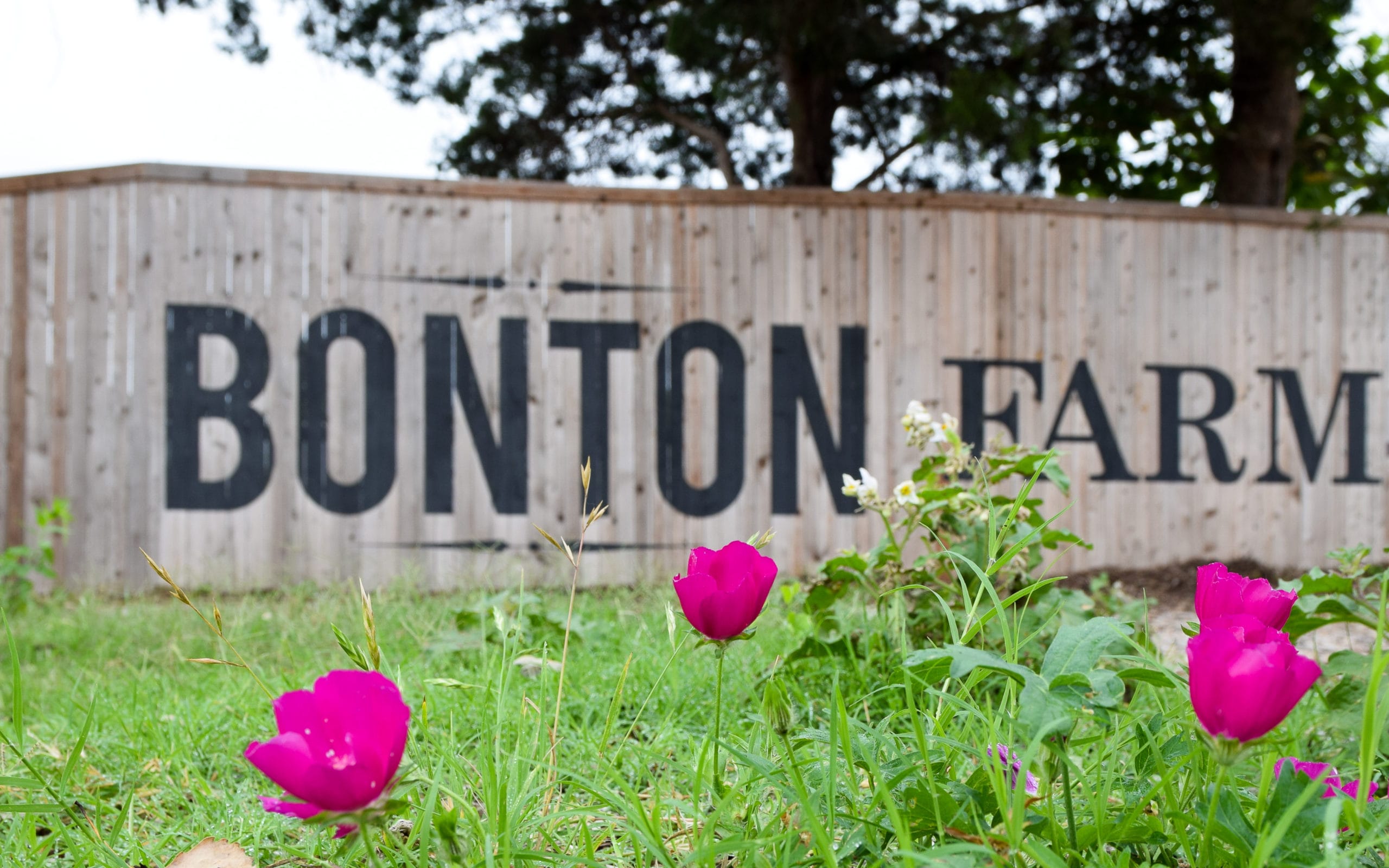 Last year, we wrote a feature that cast light on food deserts in our community. It surprised us to learn that in a region as large and diverse as Dallas-Fort Worth, there are still areas with no close access to fresh food. Bonton Farms changed that in South Dallas.

And just in the past few months, Bonton Farms has opened a farmers market, café, coffee shop, affordable housing and a Christian school called King’s Academy near its 40 acres of farmland. And as the organization’s vice president, Matthew “Trog” Trogdon told us, Bonton Farms is not slowing down anytime soon.

So you’re serving food and providing groceries and coffee, but there’s an even deeper goal here, right? It’s funny. It’s important how many people we serve … but the most important things are the jobs we created. So as long as we break even with the market on patrons coming in, and our community has a place to come and eat a meal and buy food, what we really—probably not the right wording here—but what we care most about is the jobs that are created within that.

Our mission statement is to restore lives, create jobs and ignite hope. We want to do that in a food desert,providing healthy food and options for people that live in the community. We strategically do things in order to be sustainable, so that we can pay our people and have the jobs.

Who works there? I would say a majority of the people that work at the market went straight into employment. Then on the farm—we have two farms, 40 acres, and then our 1.2 acres—those are the people that may struggle getting a job.

So we start them in our program, work them up through the different learnings and job readiness and all that, and then try and place them. [That sometimes happens] by us creating a job—like with Carrie, he’s been with us for six years—we just partnered with Bike Friendly South Dallas and we’re trying to open up a little bike shop for Carrie, here in Bonton. We have a little lawn service company, and of course a honey company.

You’re helping remove barriers to self-sufficiency. Yeah. We truly believe God created good works in advance for us to do. So we try to look at people and say, “Hey, what are those gifts and talents that God created in you? If you could do that, would you?” We’ve sent a couple people to barber school.

The sky’s the limit. I mean, it’s their life. We just want to be—not a safety net—but just kind of this like arm to say, “Hey, whatever’s holding you back, let’s not let it hold you back anymore.”

You stress the importance of Bonton being “more than a farm.” How does the market café and coffee shop tie into that? I could preach a sermon on each one of these, but I won’t. The ministry that we came out of was called Bridge Builders, and the idea was, how can we bridge two communities? Black, white, North Dallas money, South Dallas cyclical poverty—how can we help heal our city?

So, when you sit down over a meal with somebody and you really break bread, you get to know them, and you get to understand their backgrounds and their lives. One of the most awesome healing parts of what we’re doing is literally growing food. If you’ve ever spent time in nature, animals and creation just open a heart up for people that may have really been struggling. And then you have this market where people can eat together.

Often, when we’re packed, you’ll have two strangers—whether they’re from South Dallas or North Dallas, different races, doesn’t matter—and they’ll be sharing a table. They’re just getting to know each other. So it was designed to create jobs and so we’re no longer a food desert, and [then] breaking bread together and creating relationships.

How do you hope this will continue to grow? We want to be a model that every urban city can duplicate. I mean, if you think about it, we’re on a dead-end road in the most physically sick—at least according to statistics—highest rate of stroke, cancer, diabetes and heart disease, and in one of the most impoverished parts of Dallas. Nobody would ever [plan for a business here]. Everybody knows that, business-wise, location is the key.

So God is that good. If he can bring life to an area where even the most astute business people would say, “That’s not a good idea,” and we say, “Man, I think we can show this model for other cities”—we’ve done that. I’ve talked to a pastor from Canada, a group from Oklahoma City, Colorado; it happens all the time.

So when people that don’t live in the Bonton neighborhood come visit the farm, what are you hoping they take away? A lot of people can come to the farm, and leave, and [they think the] Swiss chard is beautiful, and the peach trees, and the goats and the chickens, or the coffee’s good or whatever. That’s awesome; we want to do everything with excellence—but more than any of that, we’re really here to love our neighbors as ourselves. The why behind what we do is to restore lives.

People miss that sometimes, and if you come here and leave, and you miss the stories of our people that are heroes and fighters from where they’ve been to where they are now, you’ve really missed the experience of the farm.

Trog specifically asks that, if you are so inclined, pray. “We see God answer so many prayers,” he says. “I mean, things that we couldn’t do. It just comes together. It’s like a puzzle.”

Volunteer. “If people want to come down and volunteer, we have a schedule online.”

Have a meal. “Come and eat, come eat our food and get to know our people; build a relationship over a meal with us.”

Donate. Trog says it takes $13,000 per year to feed just one meal a day to everyone in their program, so financial support is appreciated.