How do you know when spring has arrived in Texas? The hint of blue that begins to peek out from the once-again green grasses—bluebonnets! Texas’ state flower shines its brightest in a small town that’s only a short drive from Dallas, perfect for a Saturday excursion. Deemed the “Official Bluebonnet City of Texas” by the Texas State Legislature, Ennis boasts more than 40 miles of trails that wind throughout blossoming bluebonnets—a great getaway for a family looking to ring in the arrival of spring.

Before you hop in the car and head southeast, check the Ennis City Web site to ensure that the blooms are ready and waiting for you; the exact blooming dates are hard to predict due to weather, but city recommends visiting in the third week of April (you can also call the hotline, 972/878-4748).
Next up, traverse down Highway 45 toward Corsicana. About 40 miles south, you’ll begin to see the rolling hills of Ennis, spotted with bluebonnets. You can join a guided bus tour hosted by The Ennis Garden Club (call 972/878-4748 to reserve a seat). Or, families can park at Bluebonnet Park to roam around the trails as their own guides. Simply snag a trail map (or download online before your arrival). Ennis Garden Club members will be on site at the Bluebonnet Park, should you have questions about how to get started. Several playgrounds and picnic areas are available throughout the bluebonnet trails for families (and are marked on the maps). Strollers are not recommended on these trails, unless it’s a jogging stroller; however, several trails do not allow strollers at all (only foot traffic) due to the fragile ecological environment.

While the trails are open from April 1-30 from dusk till dawn, the City of Ennis hosts the official Bluebonnet Trails Festival April 17-18 with live music, food and family entertainment 9am-6pm in downtown Ennis. 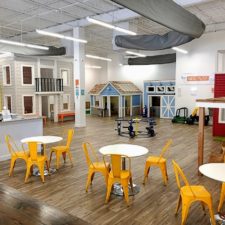 Get Out of the Heat at These 19 Indoor Playspaces 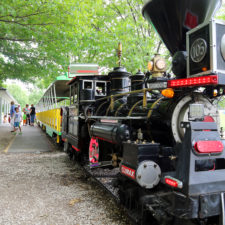 9 Train Rides to Take Around Texas 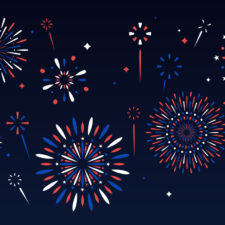 Where to See Fireworks This Independence Day in Dallas Fort Worth 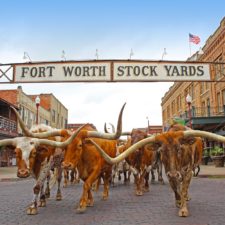 14 Places to Let Out Your Inner Cowboy