Baby-Nups: What Are They? And Would You Create One? - DFWChild

Skip to content
DFWChild / Articles / MomLife / Pregnancy / Baby-Nups: What Are They? And Would You Create One? 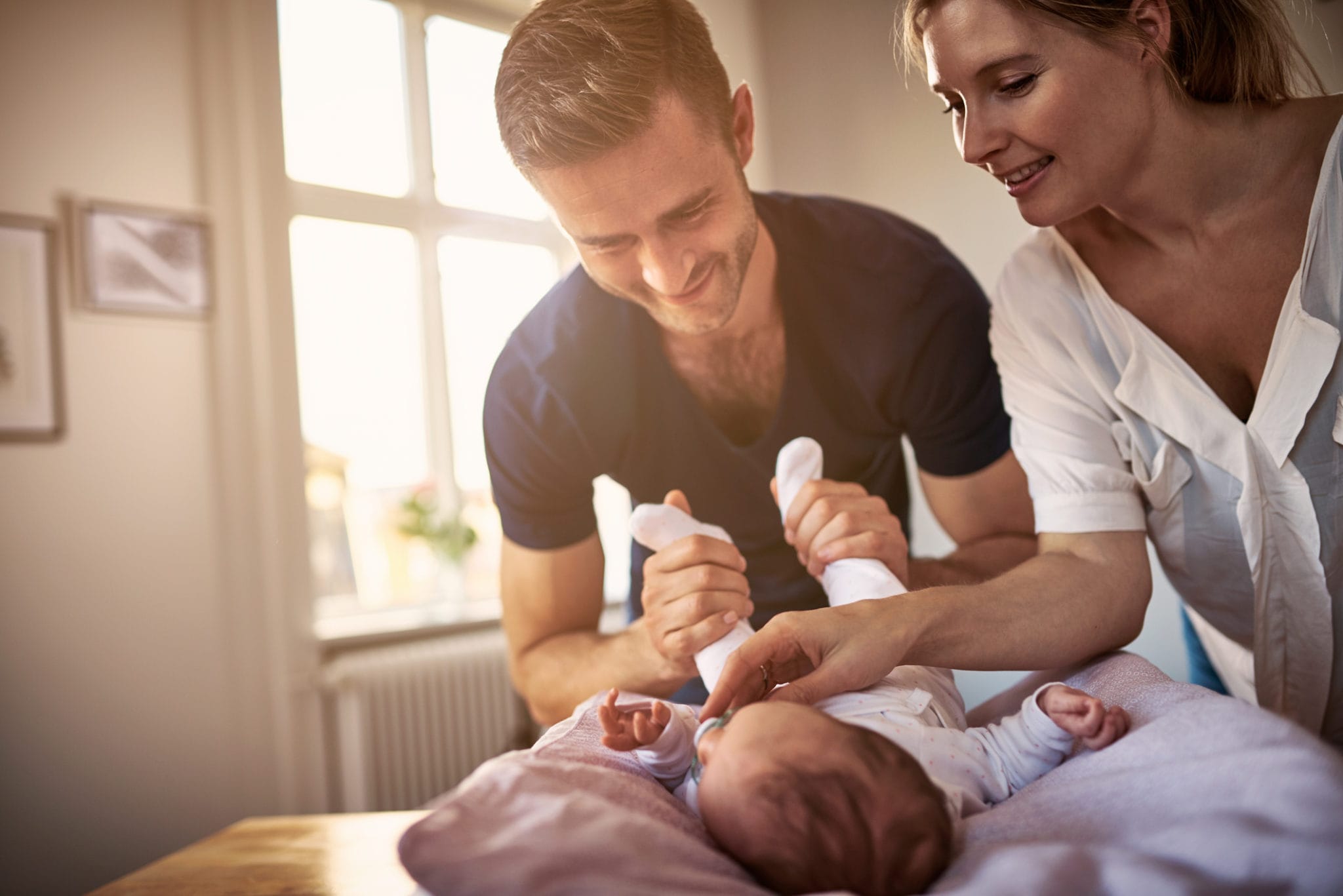 Alright, parents, here’s a trend alert for you: Baby-nups. Have you heard of it? Currently, “baby-nups” are becoming the next parenting trend that new parents are using to ensure responsibilities are considered and divided once the little one arrives.

The concept (and somewhat provocative term) went viral when Parade magazine published an article highlighting its growing popularity. (You can read the article here.) But what is a “baby-nup”? Is it something you pay for? Is it an official document? Not necessarily. “Baby-nups” are non-binding agreements that aim to divide the responsibilities that come along with taking care of a new baby to prevent each parent from feeling overwhelmed. But it doesn’t have to pertain just to baby related duties; it could be anything from diapering and daycare drop off to taking out the trash or fixing dinner.

So how is this different than just regular pre-planning? Don’t all new parents have some form of conversation prior to the baby’s arrival to communicate their expectations?

We recently held a poll on our four Facebook pages (CollinChild, DallasChild, FortWorthChild and NorthTexasChild) as well as one of our personal pages, asking if parents would take part in a baby-nup. The response was an overwhelming no. Comments ranged from, “This is really a thing?” to “Caring for a baby isn’t a chore.”

This was interesting to us. Frankly, we expected to see an entirely different response. Whether or not a child is in the picture, aren’t things typically easier in a relationship when both sides communicate their expectations? Let’s face it, that’s essentially what marriage vows are. You stand before your soon-to-be spouse and put forth promises that then become expectations. Is there a reason that kind of approach can’t be used when preparing for the arrival of a new family member?

Laura Bauerle, McKinney local and mom of 18-month-old twins Kate and Blake, believed having a baby-nup, or “pre-baby conversation” as she preferred to call it, was vital. “I think it originated out of us talking about our fears, about what was to come once the twins were here,” Bauerle says. “We’ve always been very intentional about our marriage. You know, when you get pregnant, especially with twins, all you hear are the horror stories about how it’s never going to be the same again. You can say goodbye to your marriage, to intimacy.”

Bauerle and her husband decided that simply wasn’t going to happen. “My husband is a family law attorney, so he primarily sees divorces [and] child custodies,” she says. “Every day, people are, you know, ending their marriages. That’s not an option for us; so it’s very important to us to be on the offense, rather than the defense, with our marriage.”

Ultimately, having the baby-nup conversation became about renewing Bauerle’s and her husband’s commitments to each other. She expressed that if the marriage comes first, the kids would benefit from that. As the kids grow, they’ll see what a relationship with another person is supposed to look like. “The whole point of all this was to love each other well, and be intentional about loving each other well through the newborn phase and beyond.”

So they sat down and talked about every little detail, from changing diapers and washing bottles to who woke up to take care of the twins and when. “We talked about every responsibility; anything that could be a discussion or an argument in the middle [of the night]—in the midst of sleep deprivation and exhaustion,” Bauerle says. “’Will you go do this?’ Or, ‘I asked you to do this 10 times.’ ‘Why haven’t you done this?’ We wanted to eliminate any of that, so every single task was, not written down, but talked about. Our house ran like a well-oiled machine.”

HOW TO MAKE IT WORK

Going back to the Facebook polls, one person messaged us saying laying things out like this seemed like it could cause more fights, rather than bring about solutions—which is a practical and logical response. So what’s the key to actually making a baby-nup work? Bauerle explained there have been a few characteristics that helped them (and would probably help others) reach the desired outcome.

First, and probably most important, both sides need to follow through. “We tweaked here and there as it needed to happen, but there was never a discussion about who would do what,” she says. “[During the newborn phase], we both had to get up; I couldn’t [feed] both babies at the same time. [While we were up], we made a rule we wouldn’t talk. We know what we’re doing, so we don’t have to discuss [it]. He would do diapers, I would get bottles ready, and then we had a system—whatever to eliminate anything that could come between us.”

The second aspect, Bauerle says, is having the appropriate perspective and intention. “If your perspective is, ‘Okay, this is a lot of work and tasks,’ and ‘You do this, I’ll do this,’ or ‘That’s not fair, I’m doing more than you,’ then it’s going to feel like work,” Bauerle explains. “[Then] there’s the mindset of ‘I want to love you well,’ and ‘I want you to be happy,’ ‘How can you feel more loved?’ and ‘How do you feel seen here and not lost in the mess?’ When you’re doing that, you are each giving 100%.”

Third, know the personalities in play. If both parents are planners, the Bauerles’ system may work well for you. If you’re not (or one of you isn’t) that big on planning, allow for more flexibility. Either way, some form of agreement helps create a habit. “I feel like we’re more laid-back because of it,” Bauerle adds. She also recommends keeping an eye on how you word your requests to each other in the midst of the chaos. She suggests focusing on phrases such as, “It would help me so much if…” instead of dictating tasks or coming from a place of frustration. That way, neither parent feels the need to get defensive.

Finally, show grace to each other. “I think grace is huge because there are times when I don’t hold up to the task,” Bauerle says. “[Give] grace before condemning, before jumping on them and getting mad. There are some days you just forget.”

With such clear communication between Bauerle and her husband, resentment wasn’t a word in their home—the agreement basically eliminated any possibility of it. Since everything was out in the open, there were no unmet expectations.

But it wasn’t an overnight sensation. “I think it took multiple discussions as things came up,” Bauerle notes. She explains how when the babies actually arrived, some of their original plans just didn’t work logistically. She envisioned she or her husband would take one baby, and the other would have baby number two, then each would feed and do diapers—but it didn’t work that way. “While one’s waiting to have a diaper change, they’re both hungry and it didn’t make sense. [So] we tweaked as we went.”

The end result? Bauerle says the twins’ first year was the best year of her life, and her husband would say the same. “We both really enjoyed them because we were a team,” she says. “We were a team together, equally, so we didn’t have to have the weight of the frustration [and] all that stuff wasn’t there. Don’t get me wrong; there are days. It’s not easy.”

She also explains how beneficial it’s been to know that when she’s frustrated, there’s solid emotional safety between her and her husband. When she vents, she doesn’t have to worry about him getting defensive or angry. “I [know] he’s going to listen to me and he’s [going to] be humble,” she says. “I know I can come to him and he knows he can come to me without it turning into a big argument or fight, because we don’t want to fight.”

And as the twins’ schedules change, the expectations will change as well. “I can only imagine it’s going to get more and more complex [as the twins get older],” Bauerle says. “We want them to be their own people; she may have dance or softball and he may have hockey or music—their schedules are going to overlap. There’s going to be a lot [going on]…so we’re really trying to build a strong foundation now.”

And just a final suggestion from Bauerle (and us)—let’s change the name. When talking about growing your family, starting off with a term that brings prenups to mind is probably not the best way to go about it. Sure, the current term definitely gets the buzz going, but it shouldn’t sound negative, binding or like a set of rigid requirements that come with consequences. Because that’s not what this is—it’s about loving your spouse well in the midst of baby. So, out with “baby-nup” and in with…“parent pact?” “Parent promise?” We’re still brainstorming.

What are your thoughts? Email us: editorial@dfwchild.com.