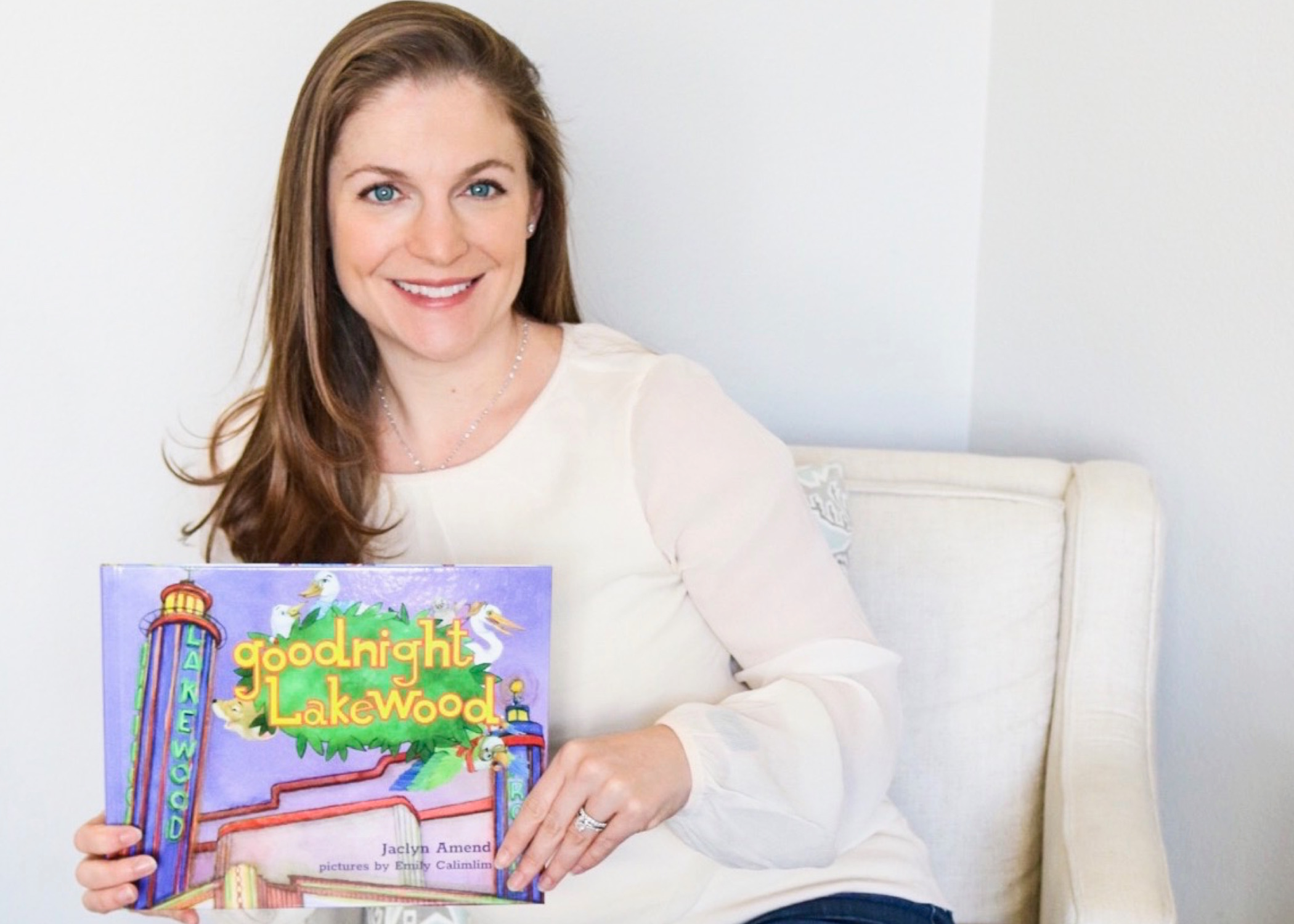 Exhausted your library of bedtime books? If your kiddo no longer wonders where the wild things are or how to overcome a bad case of stripes, consider tucking them in to a local literary adventure by author Jaclyn Amend. This month, the mom of two celebrates the release of her latest book, Goodnight Park Cities.

Thanks to the 32-page tour of the historic neighborhood, your family can snuggle up in bed and stroll through Highland Park and University Park during all four seasons. Greet the geese in Lakeside Park and meet up with a crew of spirited mice at an SMU tailgate, before ending your adventure taking in the twinkling lights in Highland Park Village during the holidays.

Amend initially dreamt up the project while preparing for the birth of her second son in early 2017. (She is mother to Mack, now 4 years old, and 20-month-old Bear.) The Lakewood Hills mom wrote Goodnight Lakewood as an ode to her neighborhood that she could share with her children one day.

“I realized other children and their families might enjoy the book as well,” she explains. So, Amend and her husband set up a small publishing company—named CamberMark for her boys’ nicknames—and partnered with the local Hill Print Solutions to produce a small run of books.

“The response from the community was so warm and encouraging that I wrote Goodnight Park Cities for families to read together as well. So far, the reception has been equally enthusiastic,” she shares.

But most importantly, Amend says that she’s gotten positive reviews from her most important critics—her two sons. “Mack loves it and recognizes many featured landmarks in the books. Bear is drawn to the vivid illustrations and, I imagine, will soon begin the recognize spots as well!”

The books also serve as history records of sorts. While in the final editing stages for Goodnight Park Cities, Amend learned that Highland Park Soda Fountain would be closing. “We chose to keep it in the book and commemorate the more-than-100-year-old Highland Park institution,” she explains. “I hope it brings wonderful memories to mind for readers of the book.”

As for future installments in her book series? “There are so many special communities in Dallas to celebrate – I think I will just keep going with Goodnight Oak Cliff next!”