Amanda Lang: Living With the Uncertainties of Rett Syndrome - DFWChild 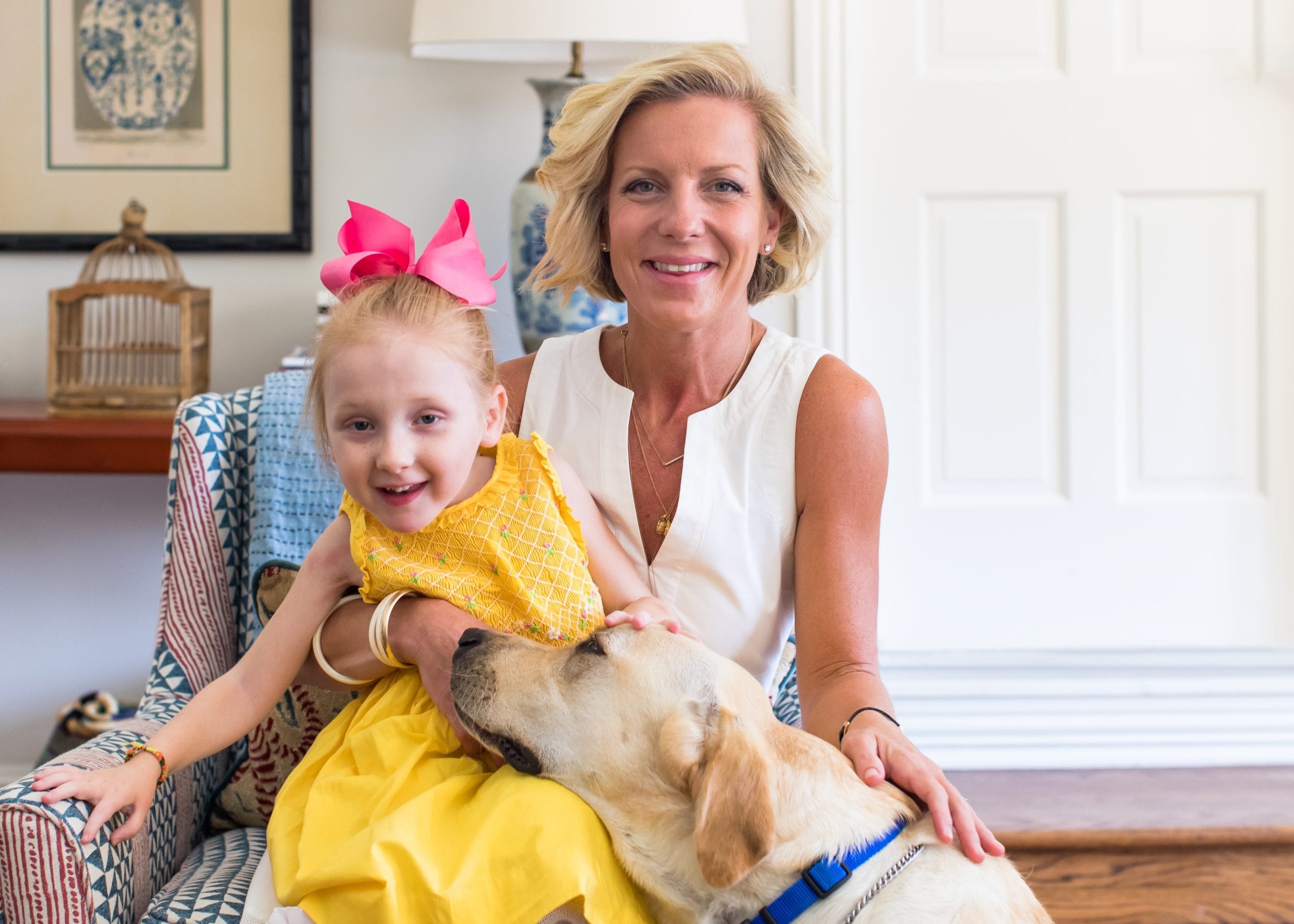 Life is full of uncertainties, though some people’s lives are fuller than others’.

Amanda Lang’s older daughter has been healthy since birth, but worries about her younger daughter began almost immediately. Fast-forward almost two years and more questions than answers, and the Langs finally received a diagnosis for Virginia: Rett syndrome, a rare genetic neurological disorder with no cure—and total uncertainty as to what Virginia’s future might hold.

But the family’s daily life is far from doom and gloom. In fact, Lang’s marriage has strengthened since Virginia’s diagnosis. “We both admit it’s hard, but it’s really changed us as people,” she says. “Our relationship is stronger because we know that we’re in this together.” Meanwhile, their older daughter, Neeley, has grown into a confident, independent preteen, and the whole family has learned to relish life even more than before Virginia’s diagnosis—despite the uncertainties.

When did you first suspect that something might be wrong with Virginia? Almost immediately. Neeley was an easy baby, so I knew what was normal and what wasn’t. After bringing her home from the hospital, Virginia struggled with almost everything. Breastfeeding and bottle feeding were hard. She wasn’t gaining weight and was sleeping almost all the time. We were having such problems with feeding that we were referred to a gastroenterologist. They wanted to perform a swallow study to figure out why she was turning blue and choking so often when feeding.

Would you say this is when your life started a new chapter? Definitely. I wasn’t nervous about our GI appointment at all until we got there. I got there and saw all these babies with feeding tubes and had a full-on anxiety attack. Virginia’s swallow study showed that liquid was going into her lungs when she swallowed, meaning it wasn’t safe for her to eat orally. I felt like I’d been hit by a ton of bricks. A feeding tube was placed in Virginia’s nose so that we could safely tube feed her for the time being.

Did things get better after that? I wish, but she continued to miss all the early milestones, which increased our desperation for an answer as to what was going on. When Virginia turned 1, we began seeing [our health provider’s genetics department], where we went through a series of tests, still searching for answers. Our insurance policy at the time would only cover one test at a time, so the process took even longer. It felt like we were just randomly throwing darts at different things.

When did you first learn about Rett syndrome? My sister-in-law called me one day and told me to turn on the Today show. They were airing a segment about a little girl with Rett syndrome who had almost the exact same symptoms and story as Virginia did.

I assume you immediately asked her doctors whether Virginia could have it? Yes, but I was told she didn’t fit the “typical” diagnosis. The diagnosis usually occurs in older children who hit milestones and then start regressing, not babies who never meet milestones to begin with. So, the testing and dart throwing continued.

When did Virginia receive her official diagnosis? Our insurance policy changed, and we were finally able to have a test performed that would test for almost any possible diagnosis. Six weeks later, and a week before Virginia turned 2, I was driving down Knox-Henderson and got a phone call telling me that she did in fact have Rett syndrome. I pulled into a parking lot and immediately started bawling.

How do you and Michael cope? For me, I dove into the world of special needs moms, connecting with other moms and learning more about her diagnosis. Michael has handled it more with a combination of denial and hope.

What does life look like for Virginia right now? She can’t walk or talk. She uses a motorized device to get around and a speaking device she controls with her eyes. She just recently had a G-tube placed in her stomach, a more permanent feeding tube than the one previously placed in her nose. She now has a service dog named Radley who has become her protector. They have a special bond and sleep together every night.

What is the long-term prognosis? We don’t know. She will always live at home but will likely outlive us. Possibly Neeley will care for her, or she may end up living in a special home equipped to care for adults with similar diagnoses. But who knows? They’re always running various medication trials, so there is the possibility they could come up with a cure or at least something that could help.

How do you cope with that kind of uncertainty on a daily basis? Between Neeley’s school and extracurricular activities, Virginia’s daily needs, making sure I’m still investing in our marriage and my job, I don’t have idle time to just sit down and think. I’ve learned to fly by the seat of my pants and roll with the punches as they come. I think if I took the time to sit down and really think about everything, I would become completely overwhelmed.

You’re a wife, a mom of two children—one with specials needs—and you work. How do you manage it all? We have a lot of help from Michael’s parents, and Neeley has just become so independent. I have a great resource of special needs moms and I just love my job at Yves Delorme so much. Somehow it just all works out.

What about COVID—how has it impacted your family? We spend a lot of our time at home, so it hasn’t affected many of our daily activities. I was traveling a lot for work and haven’t done so since March, which has been so nice—to be home with everyone. The biggest interruption to our lives is that Virginia’s G-tube placement was considered an elective surgery so it got delayed until just recently.

How has Virginia’s diagnosis affected Neeley? Neeley has always been strong and independent. She knows our life is different than her friends’, but she never whines or complains about it. She goes to a different school than Virginia so she can have her own identity. She and I have recently starting drawing and painting together, which has been fun for both of us.

Has Virginia’s diagnosis changed your parenting style? If anything, it’s made me more laid-back. As we’ve gone through this journey, I’ve watched how the universe seems to come together at the right time, and so we just take things day by day.

During all of the testing, Virginia was at a preschool with typically developing kids. Did her diagnosis change your outlook on what was best for her? Yes. She had been in a typical day care setting for a while, but it had become more and more obvious that she just didn’t fit in. While we were still searching for answers, I kept hearing about The Rise School in Dallas. It was created for children 6 months to 6 years with varying types of disabilities. She could get an education, all the therapies she needed and social interaction with other children, all in one spot. Within one week of getting her diagnosis, a spot for her opened up.

How has her education progressed since then? Our time at The Rise School was fantastic. Our whole family connected with children and parents whose lives looked more similar to ours. For me, I finally connected with people in a way I never had before. Now that she’s 6, we’ve found a small kindergarten class at Lakewood Elementary created for children with varying diagnoses. She’s supposed to start there in the fall.

Age: 44
Hails from: Richardson
Lives in: The Lakewood area of Dallas
Alma mater: Southern Methodist University
Significant other: Michael, husband of 16 years—they went to junior high and high school together but didn’t date until they reconnected at SMU.
Offspring: Daughters Neeley, 10, and Virginia, 6. “I specifically wanted two girls—I was terrified of having boys!”
Career: Working for Yves Delorme for 20 years as a store manager, sales representative and now district manager 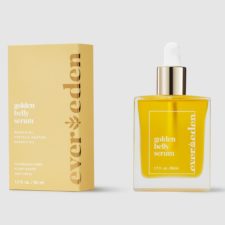