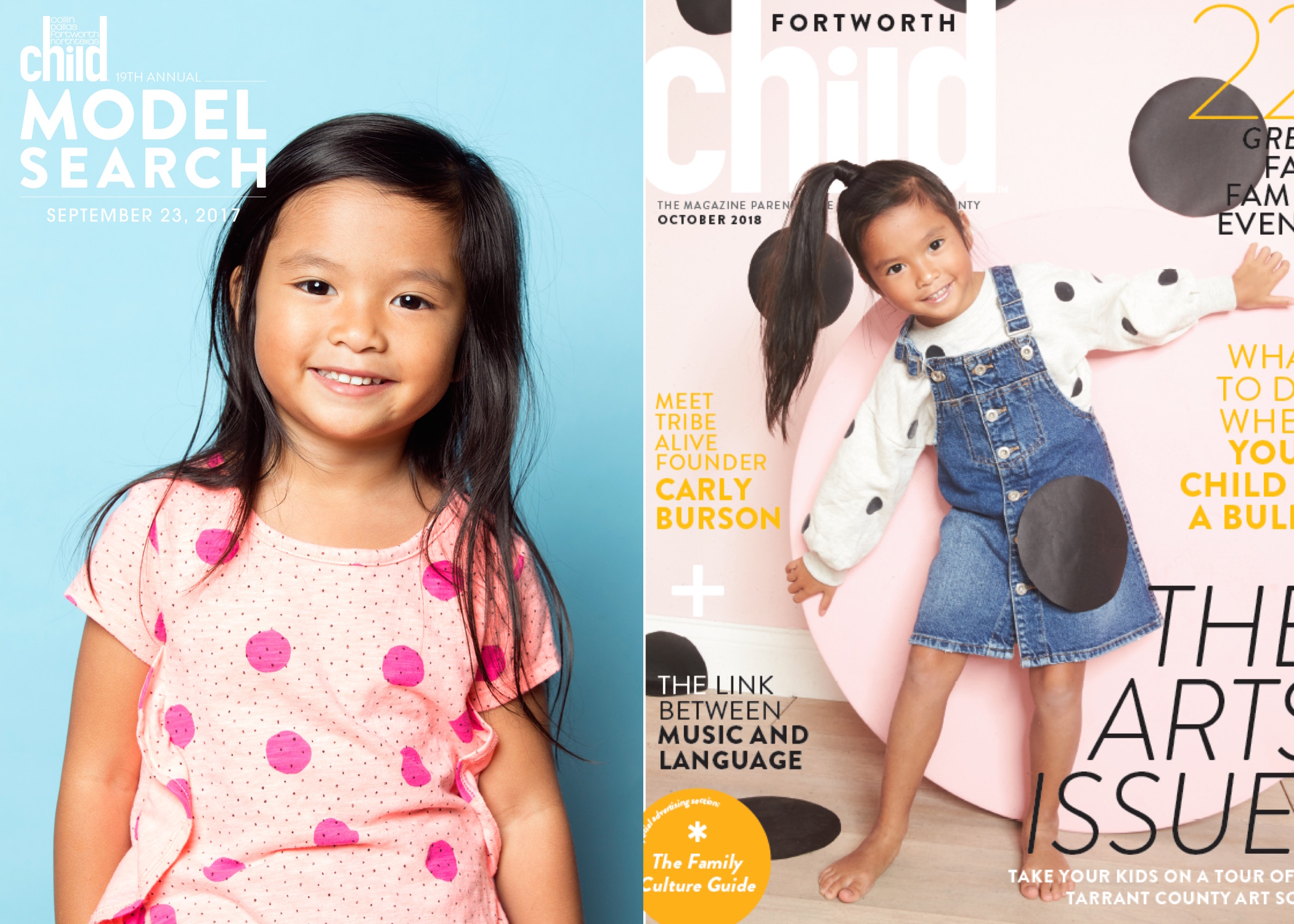 Like any parent, you probably have somewhere in the range of 10,000 selfies with your babes saved on your phone. Simply put, kids are cute—and we just can’t resist documenting every moment of their magical little lives!

If your tiny rocker or future movie star is already practicing their autograph or you’ve got a mini supermodel who dreams of sashaying on the stage, your family can’t miss DFWChild’s Real Kids Casting Call. Local kids ages 0-12 are invited to join us at the 20th annual search to find cover stars for DallasChild, CollinChild, FortWorthChild and NorthTexasChild.

Drop by Hurst Conference Center on Oct. 20 or The Shops at Willow Bend on Nov. 3 to meet representatives from DFWChild and the Kim Dawson Agency. Entry into the casting call includes a photo session with a professional photographer and a digital copy of your kid’s headshot.

Every month, real kids from your neighborhood star on our magazine covers. Like Sydney Nguyen-Pham of Mansfield (above), who starred on the October 2018 issue of FortWorldChild. While all of our cover stars are local kids (and not professional models!), plenty of babes with showbiz dreams kickstarted their careers at our annual casting call.

Just look at Ayden Nguyen. A year after he participated in DFWChild’s 2012 search, he signed to Kim Dawson Agency and booked campaigns with Neiman Marcus, J.C. Penney and Chuck E. Cheese’s. Just this summer, Ayden won Jennifer Lopez’s World of Dance TV competition series along with his dance team, The Lab.

Brother-sister duo Alyse and Wesley Peters have both built quite the résumés for themselves in the six years since they took part in the DFWChild search. Welsey has posed for the Dallas Cowboys Pro Shop and Container Store, to name a few, while Alyse has modeled and acted in campaigns for Neiman Marcus, Funtasia, J.C. Penney, Home Depot, HASBRO Play-Doh and LeapFrog games.

Less than a year after participating in the 2017 casting call, Rhemy Ford was not only signed to the Kim Dawson Agency, but she also landed on the February 2018 cover of CollinChild.

Interested in adding your child’s name to this list of success stories? Be sure to drop by an upcoming event—information is listed in the Sidebar at left.

Check out the FAQ section to learn more, or email us realkids@dfwchild.com.