New Texas Laws in 2019 That Affect People With Disabilities - DFWChild 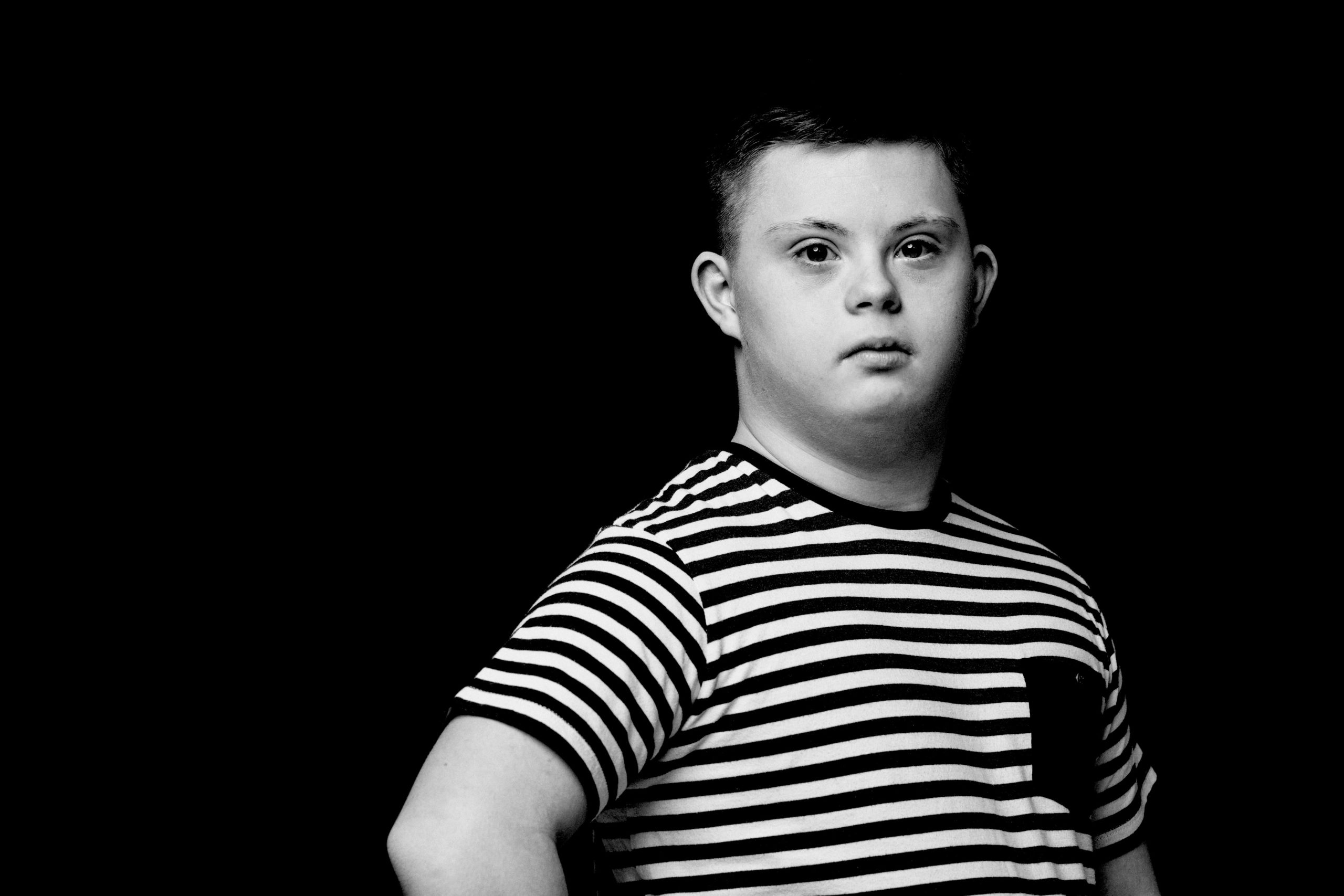 A couple of years ago, Texas got in trouble with the feds for illegally capping special education services—and thereby short-changing schools on funding. With the U.S. Department of Education breathing down the state’s neck, it’s no surprise that special education funding was increased at the 86th legislative session. (ICYMI: Lawmakers budgeted enough to pay the penalty and avoid falling afoul of the feds in upcoming years, but did not open the coffers as much as advocates hoped.)

So what else happened down in Austin this year? We picked out a handful of new laws you ought to be aware of—from school discipline to driving—and asked policy experts what you can do to be the best advocate for your kid.

Four years ago, only people with intractable epilepsy could legally start a cannabis regimen through the state’s brand-new Compassionate Use program. Now lawmakers have added autism, seizure disorder, multiple sclerosis, incurable neurodegenerative disease and a short list of other conditions to the list. And instead of two neurologists, patients need only one physician with expertise in the treatment of their condition to sign off.

One thing that didn’t change: the percentage of tetrahydrocannabidinol (THC) that’s allowed. THC is the secret sauce in marijuana that makes you high, but it also seems to make cannabidiol (CBD, the active ingredient in medical cannabis) more effective.

There were some changes in the amount of CBD to allow a more accurate ratio of CBD to THC, explains Rep. Stephanie Klick, who authored the original Compassionate Use Act. Previously, medical cannabis products had to be at least 10% CBD by weight—not anymore, but they still can’t contain more than 0.5% THC.

That cap is lower than some families would like, only marginally above the legal limit for over-the-counter hemp (.3%), which was given the green light in Texas this year. But until officials wrap their red tape around the hemp industry, Klick has a simple warning for families who decide to take their chances with over-the-counter CBD: “Buyer beware. We do know that there has been adulterated product that people have been exposed to throughout the country.” (Klick mentions rat poison and the synthetic drug K2, for example.) And while plenty of product might be just as advertised, “some of the product doesn’t contain any CBD oil,” she adds.

The bottom line for families seeking relief through CBD: “You really need to work with your physician,” Klick says, as your child may need to reduce or eliminate other medications when using CBD. And the safest route is the Compassionate Use program, not the wild, Wild West of hemp.

If your child is already driving or will soon be old enough to get behind the wheel, the Samuel Allen Law will (we hope) smooth interactions with police officers. Coming soon to a vehicle registration application near you: a place to indicate that a disability or health condition could affect the driver’s ability to communicate with officers. The Department of Motor Vehicles will relay that info to the Department of Public Safety, which is creating a system to give officers a heads-up when they make a traffic stop.

Privacy is king here. In order to verify a driver’s condition, the DMV may ask for a statement from a health professional, but they can’t spill the details to the DPS. And drivers don’t have to participate at all.

“It’s voluntary,” emphasizes Jean Langendorf, a policy specialist at Disability Rights Texas. “I think everybody has to make the determination as to if this is something that would work well [for their child].”

The justice system has gaps when it comes to individuals with intellectual and developmental disabilities (IDD), but Texas has taken a couple of steps toward becoming more accommodating. If police are called to a group home or intermediate care facility, HB 3540 gives them the flexibility not to arrest residents, as long as the officers believe that everyone’s safe.

The state is also putting together a task force to study best practices for detaining people with IDD; the group will deliver its recommendations by Dec. 1 of next year, ahead of the 87th legislative session (HB 3116).

This legislative session brought a slew of reforms to the much-maligned system—and still fell short of some families’ hopes. But progress was made in several key areas. You can peruse the four bills in question to catch all the changes; here are some of the most noteworthy:

“I feel like this bill is a great way to see what people need and really redesign the system,” says Susan Murphree, a policy specialist with Disability Rights Texas.

She explains that the Health and Human Services Commission will evaluate the pilot program before creating a broader transition plan (with help from an advisory committee). That means adults with IDD in four Medicaid waiver programs—Community Living Assistance and Support Services, Deaf Blind with Multiple Disabilities, Home and Community-Based Services, and Texas Home Living—plus those in intermediate care facilities, will move to managed care starting in 2027 at the earliest.

She’s optimistic about another part of HB 4533 that tells Health and Human Services to shop around for alternative delivery models, i.e., not managed care. Change won’t happen overnight (“Nothing moves quickly—it’s like turning a giant cruise ship around”) but the legislation might eventually result in a system that’s “more fitting,” she says.

In the meantime, families fed up with the denials have new protections that could result in fewer no’s. After an MCO denies or cuts services, you can request an external medical review, and third-party clinical staff—not the MCO—will decide whether the denied services are medically necessary (SB 1207).

Families might not even get to that point so often, thanks to the improved prior authorization process (now with transparency!). MCOs must publicize their PA requirements and give crystal-clear reasons for PA denials so that families and providers know exactly what they need to do to gain approval (SB 1207).

Not all of these laws will make waves immediately; rules and procedures have to be established and adopted. “There’s a couple of layers here,” Mehta explains. “Some of it, families should begin to see in the next couple of months. You’re dealing with this massive agency and all these big insurance companies—there’s always this lag.”

For further enlightenment and to track the implementation of these new laws, follow Murphree’s lead: “What has been useful to me so far has been tuning in to state agency presentations, listening to the advisory committee [meetings],” she says. You can find recordings and minutes of advisory committee meetings at texas.hhs.gov.

After some high-profile cases of abuse in the classroom, legislators have banned the use of “aversive techniques” for behavioral intervention. The banned list runs the gamut from inflicting pain to denying bathroom access to verbally demeaning a child. Timeouts aren’t allowed, either, unless they’re part of a student’s IEP.

Make sure you know exactly what’s included in your child’s IEP so that you can cry foul if one of these aversive techniques is used on your kiddo.

If they’re coming home with fear and bruises, and you suspect abuse, Disability Rights Texas recommends calling Child Protective Services, which has “jurisdiction over a teacher’s classroom just as much as a family’s home,” explains policy specialist Steven Aleman.

Get proof. “Document your communication with the school,” Aleman says. “Ask for a specific reply by email where it’s in writing so that there can be a paper chain.”

Take advantage of other procedures that are there to protect your kid—you can request a new ARD meeting if you think something’s not right, and ask for IEP facilitation to help settle any disputes. “Depending on the setting, parents can request installation of video cameras,” Aleman adds.

Texas also added to the list of offenses that will get a child sent to a disciplinary alternative education program (DAEP). In addition to selling drugs and issuing terroristic threats, kids will be pulled from the classroom for harassing a teacher or other staff member. While protecting teachers, the new law may have “unintended consequences” for kids with disabilities, Aleman explains. What if your child’s behavior is perceived as harassment, even when there’s no malicious intent?

“Don’t let them tell you, ‘Oh, we have to do this—this is new state law,’” Aleman says. “It does not override existing protections for students with disabilities.”

He cites section 37.004 of the Texas Education Code: A special education student can’t immediately be put in a DAEP; first, there has to be a review to determine whether their behavior was a manifestation of their disability.

“Don’t let them tell you, ‘Oh, we have to do this—this is the new state law,’ It does not override existing protections.”

There’s a provision that might get overlooked among the other safety measures in this lengthy bill: School safety plans have to make sure kids (and staff) with disabilities have equal access to safety.

You’d think that would go without saying, but Aleman explained in an email that at some campuses, the safety plans purportedly called for students with disabilities to be evacuated last.

“Parents should be mindful that their public school should have an updated plan and should ask the principal if it addresses the needs of students with physical and other disabilities,” he writes.

Texas revamped the high school diploma program in 2013, but the new Foundation High School Program put limitations on special education students. While typical students could earn “endorsements” for focused coursework in, say, STEM or business, many kids with disabilities could not.

Not only do endorsements show commitment to a particular area of study, they’re a requirement for graduating with a Distinguished Level of Achievement—and that is a requirement for automatic admission to state universities.

Now students in special education can earn endorsements even with modified coursework, as long as their ARD committee agrees that the work is “sufficiently rigorous.” Whether the end goal is attending A&M or joining the workforce, being able to earn endorsements puts kids on more equal footing with their peers.

“Getting access to an endorsement just helps validate that the student received a quality Texas public education just like any other student,” Aleman says.

But now companies doing business with the state through the Purchasing From People With Disabilities program have to pay their workers at least minimum wage by 2022—and they can’t just hand out pink slips instead, unless they help those workers find new jobs.

If your child is employed in one of the local community rehabilitation programs granted a 14(c) certificate, find out if they’re working on a state contract, suggests Langendorf—if so, this law likely applies, and the Texas Workforce Commission will provide resources to help your child move to a minimum wage position.

There’s another side of the coin: Earning too much could put your child’s disability benefits at risk. Langendorf recommends looking into vehicles like ABLE accounts to make sure your child’s new income doesn’t jeopardize their benefits. (Learn more about ABLE accounts at texasable.org.) 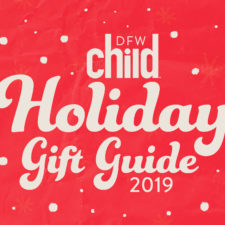