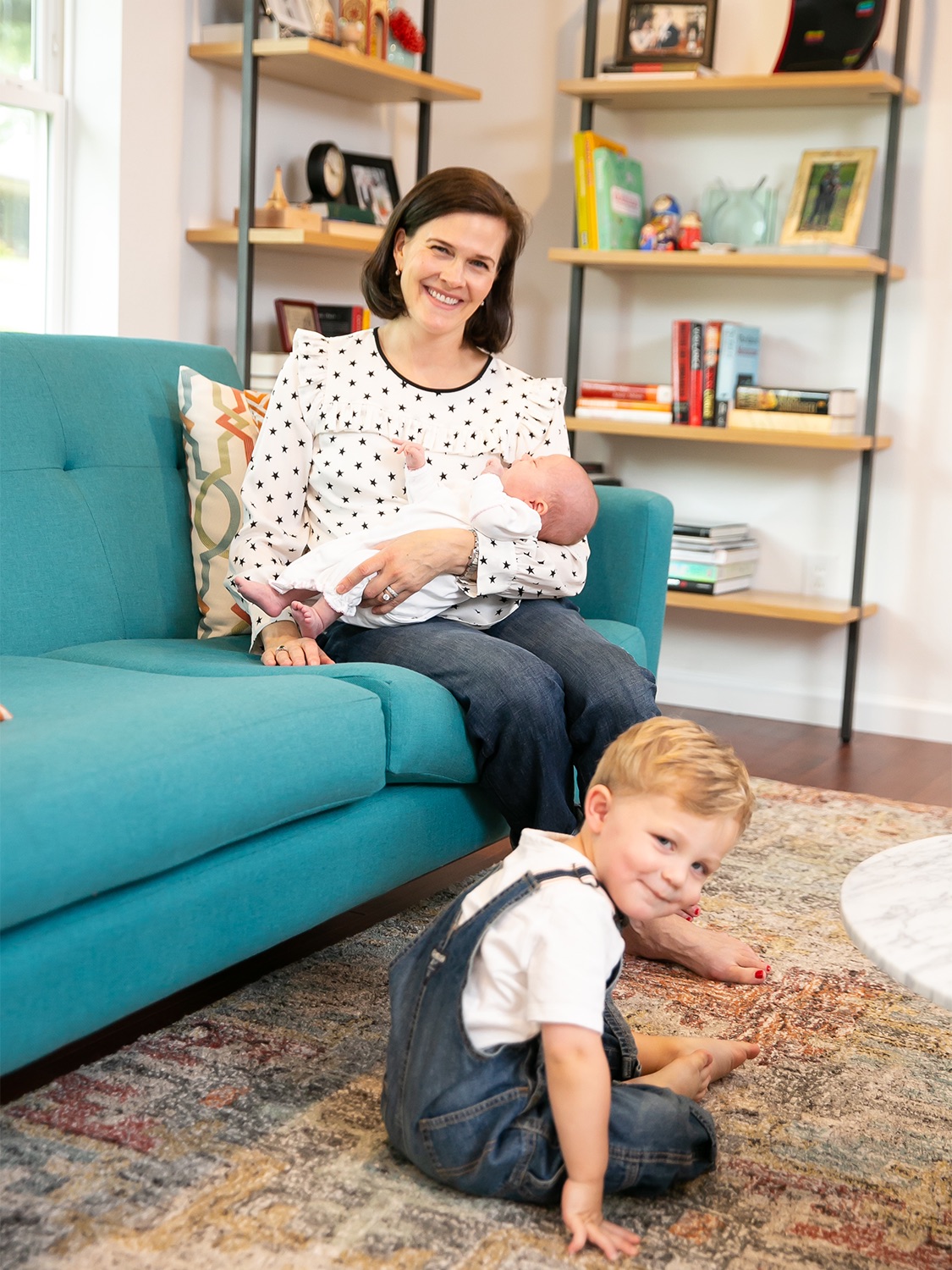 In 2008, Paige Stephens (then Paige Fershtand), a Fort Worth native, moved to New York City “on a whim” with a one-way ticket, two suitcases and no plan. She landed a job that would blossom into a decade-long career managing the philanthropic giving of a prominent New York family, met and married her husband Scott (who, ironically, also grew up in Tarrant County) and became a first-time mommy to Benjamin. Now, after returning to Fort Worth and giving birth to her second—a girl, Annie—Paige is settling into stay-at-home motherhood and life back in her hometown.

What’s the transition been like?
I’ve had friends who lived in Switzerland and returned home, and they always said it was harder coming back than going. But I didn’t really see that. I jumped into the transition pretty seamlessly, especially having built-in babysitters with our parents around. I was just so excited to move into this house and get it all ready. So, it wasn’t that big of a shock. I think it took me moving to New York to move back to Forth Worth.


Did you and your husband plan to raise your kids in Texas?
No. When we first got married, we thought we were going to raise our kids in the city. We thought they would be so cultured and have access to so many things. I was that New York mommy with the big, expensive stroller who would walk everywhere but once I got pregnant with the Annie, we decided that we absolutely needed to be home. New York is very, very doable with one but with two it just gets tricky.


Why Fort Worth?
The schools, being able to join country clubs and having family nearby. I had a great childhood growing up here and I wanted to re-create that for our kids. My husband and I wanted our kids to have a backyard and access to more things that are just a little bit simpler here.


Difference between one baby and two babies?
Letting go of a lot of things. I was really on top of everything when it was just Benjamin, and now, I sometimes have a messy house and a messy schedule. I’ve learned to accept the chaos.


Any advice to a mom who is expecting her second?
Make sure that you split your attention. If you have one child who is asleep and calm, go hold the other one. Accept help. If a friend or family member wants to take Benjamin out for ice cream or an activity, I say OK. And if you have a second to eat breakfast, even if it’s at 12:30, do it. Actually, if you find a free second to do anything for yourself, do that too.


Any worries before Annie was born?
One thing I was worried about with having two babies is that I spent so much time with just him, I was concerned that I wasn’t going to be able to spend as much time with just her. But Benjamin is starting preschool, so I’ll have a few hours every day alone with Annie.


How do you deal with the difficulties that come with being a mom?
I remember it being hard in the beginning with Benjamin, but you forget how hard it was because you reap the benefits of being a mom. What’s difficult and what is a struggle, you forget about by the next day. By focusing on these little, tiny creatures that I love so incredibly much, I really don’t care about anything else. At day’s end, if the kids are alive and I’ve showered, I have achieved all that there was to achieve. Oh, and coffee helps. 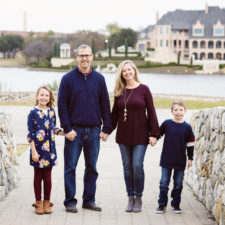