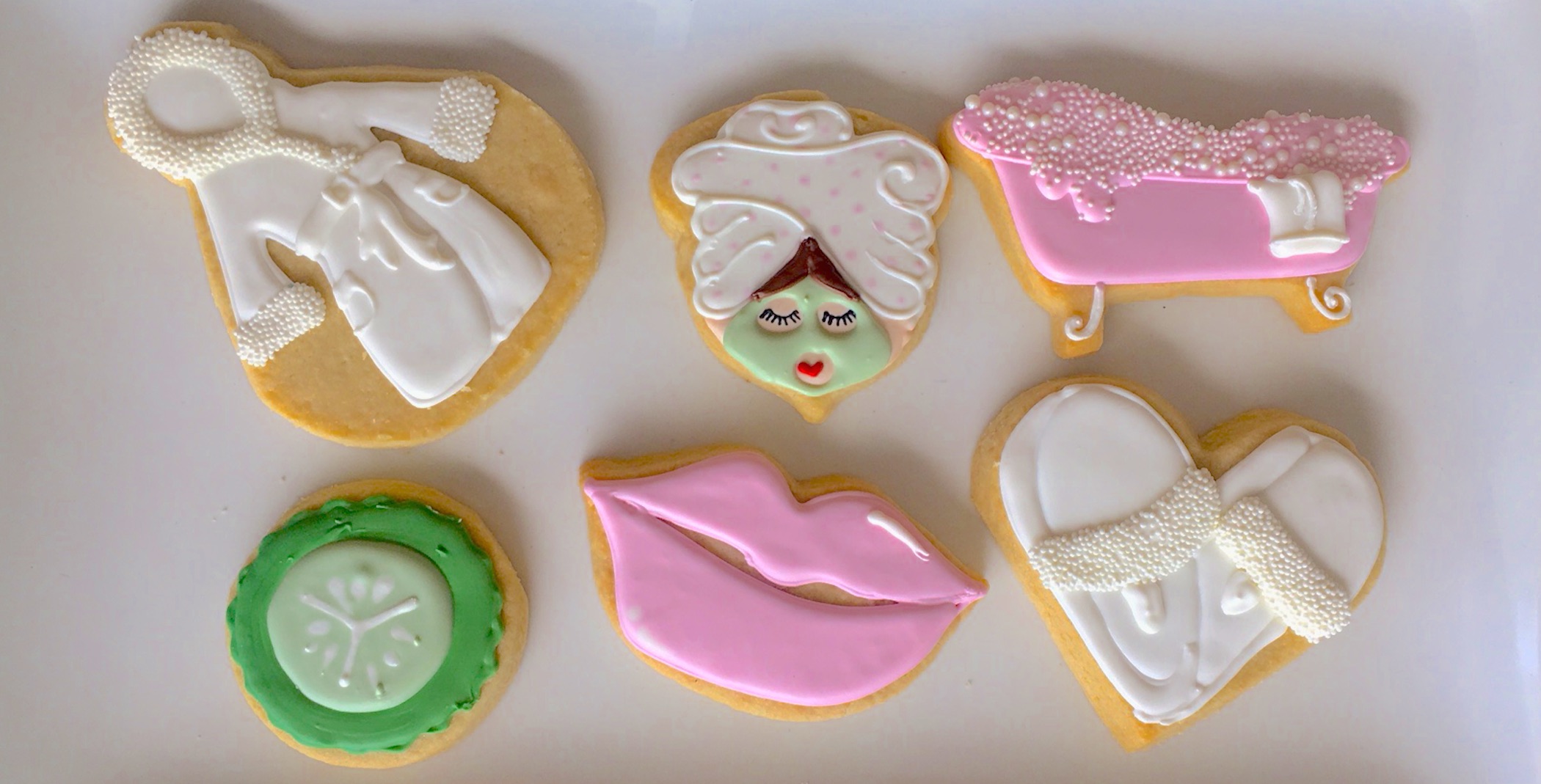 Growing up, our favorite treats were always the ones made with love (and often extra sugar!) by Mom. Support local female-owned businesses and give your mama a baking break by scooping up desserts from these local bakeries around North Texas.

Our April 2018 Mom Next Door Elizabeth Chambers Hammer isn’t just red carpet arm candy to her movie star husband—she’s made a sweet life of her own. As the owner of BIRD Bakery and judge on competition shows like Cupcake Wars, Sugar Showdown and Chopped Junior, the newly minted style star has become something of a Millennial Martha Stewart, thanks to her hilarious social media presence and easy-as-pie recipes. Together with husband Armie Hammer, Elizabeth splits her time between Dallas and Los Angeles with her two children, Harper, 3, and Ford, 1. The Dallas outpost of BIRD Bakery is located in Highland Park Village (just around the corner from our November 2017 Mom Next Door Nasiba Adilova’s shop, The Tot, and the current Goop pop-up!) and caters to local residents’ cravings for elaborate sweet treats as well as fresh southern fare adapted from her grandmother’s recipes. Try the award-winning carrot cupcake or an elevated take on a PB&J, made with jalapeno blackberry jam.

Multi-faceted mompreneur Gina Ginsburg is active in empowering her Dallas community, whether supporting vulnerable families as a central figure in the city’s nonprofit sector to encouraging self-care as founder of the successful franchise, The Hair Bar. In the past year, the mom of 2 has expanded her empire to include a pretty sweet endeavor: bringing edible cookie dough to North Texas. With ample input from her sons (the official taste-testers for all flavors at The Dough Dough), she’s carved out a niche of cookie creations–not only offering a dozen-plus “raw” cookie doughs available by the scoop, but also baked cookies, cookie dough milkshakes, and more. The Dough Dough opened a Dallas location in early 2018, and a second Frisco location opened in February 2019.

Mother-daughter duo Anne Hoyt and Taylor Nicholson are the brains behind the North Texas chain, Unrefined Bakery. Both lifelong bakers (Taylor admits to baking her first apple pie at 4 years old, while Anne was an award-winning baker by the fifth grade), the pair was inspired by their own Celiac struggles to open Unrefined with the mission to serve delicious desserts that, oh yeah, are also gluten-free, non-GMO, organic, soy-free and use unrefined sugars. Drop by one of Unrefined Bakery’s six locations and you can also tuck into vegan and paleo-friendly sandwiches (made on bread, freshly baked in house) and organic, Fair Trade coffee. The mother and daughter have found a sweet recipe for their working relationship: one part total trust, two cups of total respect, a scoop of mutual admiration.

With everything that goes into Unrefined Bakery, you might forget that both women are busy raising kids of all ages. Anne is mom is three kids—son Barry, daughter Erin and her coworker Taylor. Meanwhile, Taylor has her hands full raising two children, 7-year-old Hoyt and 3-year-old Jack Preston. “[I’m amazed] at what she can accomplish at such a young age with so much on her plate that matter even more than our work—her family,” Anne says. “It’s a gift beyond words to grow this company with her.” Perhaps it’s no surprise, but Anne and Taylor plan to spend their Mother’s Day celebrating with each other and their family—not at the bakery.

Nancy Major and her pastry chef husband Sam moved to Dallas in 2016 when they purchased Tart Bakery. Together with their kids—Catherine, 7, Peter, 5, Elisabeth, 3, and Andrew, 6 months—the Majors have revamped the popular Park Cities destination into one of the sweetest spots in town. Customers (or “Tartlets,” as they are affectionately called) flock to the bakery for their not-too-sweet shortbread cookies, which feature intricate hand-done decorations almost too beautiful to eat. Nancy and her family take the guesswork out of occasions like Valentine’s Day and Mother’s Day, thanks to their mom-approved iced shortbread cookie packages. Choose from two cookie packages—a gardening-themed box with flowers, bees and tools, or a sugary spa package, with sprinkle (er, bubble) bath, slippers and a face-masking mama. Each package is available for shipping nationwide for $49.95 (shipping & handling included) or pick-up from Tart Bakery for $32.95 per box. Read more about Nancy’s sweet life here.

Located amongst the busy nightlife destinations of Knox-Henderson is Annie’s Culinary Creations, a boutique bakery that offers everything from elegant multi-tiered cakes to novelty cookies, cake balls, pies and more. Though everything is made for custom order, lucky locals know to drop in before closing each night to scoop up the fresh cupcakes and cookies that were leftover from tasting sessions. It’s a family affair for Annie Hall, so it’s no surprise that ACC has become a go-to destination for Dallasites in need of everything from wedding cakes to children’s birthday treats. The bakery’s namesake runs the business with her sister Amy and employs several other North Texas moms as chefs, designers and decorators. “My mom is 80 and still comes to help at the bakery,” Annie says. “I joke all the time that she’s been cleaning up after me in the kitchen since 1976 when she started all this by buying me a cake decorating kit for Christmas when I was in the 8th grade.”

Annie herself is the mom to two grown sons—Nicholas, 28, and Marcus, 23—who were some of the first employees at ACC. Though they’ve moved on to pursue their own careers, Annie is proud that her boys were able to take a bite out of the family business. “These boys have seen what it is to start and own a business,” she says. “They’ve learned how to persevere during the hard times, and enjoy the cooler parts too. Oh, and they still love taking the best treats to work!”

Rachel Sutaria fell in love with baking after the birth of her first child, Kaleb, now 6 years old. “Growing up, my family considered baking as something you do on the side for fun,” says the former HR professional who is now owner of the Frisco-based Cake Pop Couture. “After having my children, I started baking more often and of course it had to be pretty!” Year after year of elaborate dessert displays at her children’s birthday parties, plus encouragement from friends, inspired the mom to finally take the plunge into the baking biz. Her 4-year-old daughter Sophia, a self-described cake pop addict, hopes to follow in her mom’s footsteps one day and can often be found next to Mom in her matching apron and helping mix ingredients or roll fondant.

The Frisco mom draws inspiration from her kids’ interests, like Batman, LEGOs, Minecraft, and Paw Patrol. (Overworked and overtired parents might identify with her edible ode to Red Bull.) “There’s not a particular theme that I prefer over another, however the look on a little girl’s face when she gets her unicorn cake pop is magical,” Rachel says. Though Cake Pop Couture specializes in these bite-sized sweets, Sutaria also makes hand-decorated cookies, cupcakes and cakes for events across Collin County.

Many moms say that they do everything in life for their kids, but Mesquite mama Larissa Wilson took it a step further, literally naming a business after her daughter. Both Larissa and Hannah were diagnosed with Celiac Disease, but it wasn’t until her daughter said that she wanted other people with the disease to be able to enjoy sweet treats that the mom began to experiment recipes and set up shop. In addition to a Mesquite storefront, Hannah’s Gluten Free Bakery is available at Dallas Farmers Market on weekends and for delivery across the Metroplex with a minimum $50 order. Hannah’s Gluten Free Bakery serves home-style (and duh, gluten free) baked goods, from cupcakes and cookies to breads and rolls. While mom Larissa is the self-titled “baking guru” who has appeared on Food Network shows like Bakers vs. Fakers, the whole family is involved with the business—her husband Antonio Sr. is the “bakery muscle” tasked with deliveries, son Antonio Jr. is the official taster and frosting maker, and Hannah is the bakery’s flavor creator.

“Just like grandma made, if what grandma made kicked @#!*.” The company motto at Robbie Werner’s Stir Crazy Baked Goods tells you everything that you need to know about this old-fashioned-yet-fresh take on baked goods. The Cowtown bakery gained a reputation for supplying custom sweet treats to local businesses, before transitioning into a brick and mortar experience in 2010. In the intervening years, Stir Crazy has gained a reputation for unique cupcake flavors like avocado lime, citrus basil and garam masala. Putting basic vanilla and chocolate flavors to shame are Werner’s edible variations on Mom and Dad-approved Fuzzy Navel shots (peach schnapps and orange juice), tequila lime and Rahr & Sons Ugly Pug black lager. Our May 2012 Mom Next Door lives in Fort Worth with her husband Adam and their three kids, Amaris, Paige and Asher.

Amy Rodgers has been running her custom-order cookie company, Sift Bake Shoppe, out of her Richardson home since March 2015—a little over a year before her first child was born. After transitioning from her background in fashion (including 5+ years at Stanley Korshak) into her passion for baking, Rodgers has found success in the North Texas culinary scene. The baker specializes in detailed, hand-decorated royal icing designs for baby showers, birthday parties and bridal showers. With a business and a baby both in their toddler years, Rodgers has impressively found a personal balance while staying on top of decorating trends for her roster of clients. 20-month-old son Parker is her unofficial coworker at Sift.  “If we give him a bowl full of cookie cutters and a spoon, he will pretend like he’s stirring up the ingredients,” Amy laughs. “I can’t wait until he’s old enough for me to actually put him to work!” Inquire about custom cookie orders at the email below. 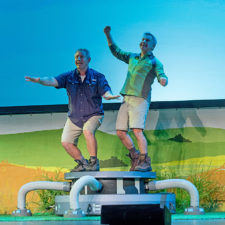