Supporting the Emotional Health of Your Child With Disabilities - DFWChild 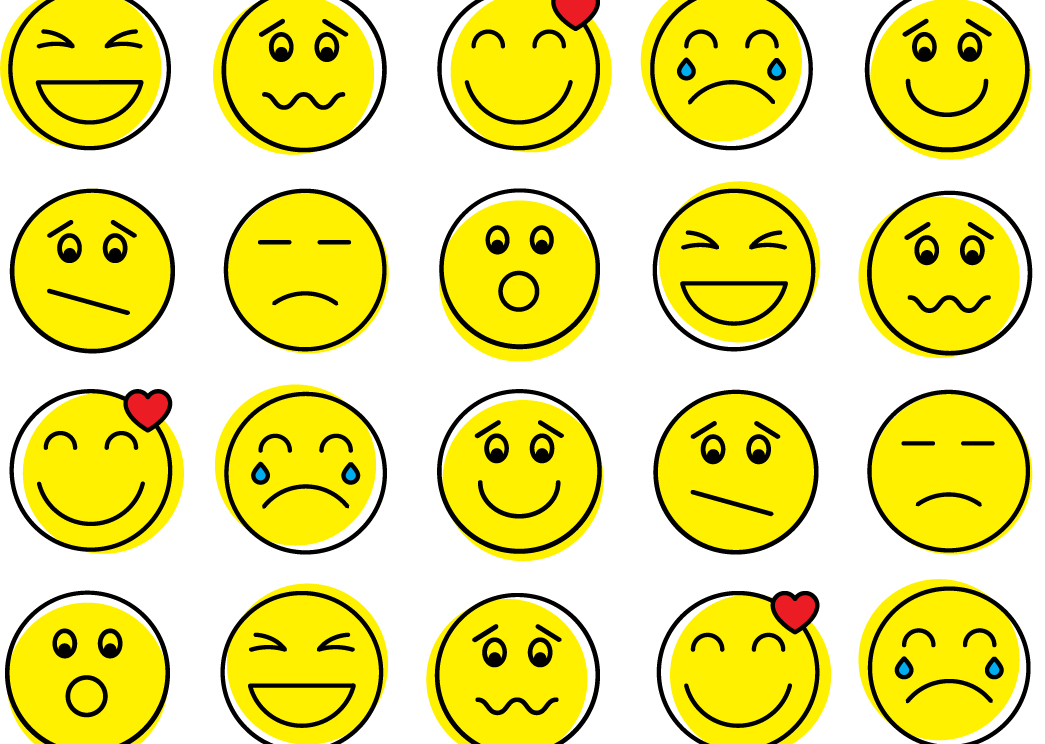 The email from my son't teacher made my heart sink. "Your son is the most challenging student I have ever had,” it read,“because his self-esteem is so low. He hides his work behinda folder and will not engage in class. He seems very sad.”

My son was 9 at the time, profoundly dyslexic and,though I didn’t see it until it was pointed out to me, hedging
dangerously close to depression. By that point, we hadspent countless hours on testing and tutoring, decoding
and practicing, but these practical therapies weren’t addressing a deeperissue: Navigating my son’s disability meant diving down into his feelingswith him before they wrecked him.

It turns out, my son was not alone in feeling down. A 2014 study publishedin the Journal of Learning Disabilities revealed a significant increasein social anxiety, generalized anxiety and depressive symptoms in children
with learning disabilities over typically developing children.

Feeling isolated and struggling to accept what makes them different isa common thread in kids with other disabilities too, and experts believethose feelings are leading to more cases of depression.

Fran Osborn, a licensed professional counselor at Dallas Area InsightCounseling, says that while it is no secret that anxiety and depression areon the rise for typical children, she is seeing an even greater spike amongkids with special needs. In trying to take care of their more obvious
needs—making therapy appointments, keeping up with the medicationschedule, communicating with teachers and tutors, navigating health carered tape—parents can overlook their child’s complex inner life.

“Children with disabilities need emotional support just as much as theyneed the physical therapies,” she says, “because if they cannot fully acceptthemselves and their disabilities and deal with being different and find purpose
for their lives, that can lead to anxiety and depression down the road.”

Lauren Schnepf is trying to help her 4-year-old son Caleb, who has Downsyndrome, prepare emotionally for mainstream kindergarten this fall. Sincehe doesn’t have a lot of words, his feelings can come out through his fists.

“Sometimes when we are out in public, if someone invades his personalspace, he will swat at them to get them to back up,” the Lake Highlandsmom explains.

She admits that her son’s behavior used to embarrass her until sheunderstood the emotions he was trying to convey.

“Now I realize that it’s a normal emotion to feel overwhelmed whensomeone is too close to you or making you feel uncomfortable,” she says.“We all feel that—I just have to help Caleb find a way to express that withouthitting.”

For kids with special needs, expressing their emotions can be complicatedby communication challenges, which in turn makes it more difficultfor parents to recognize and interpretthose feelings. Emotionaldistress, in particular, may lookdifferent for a child with disabilitiesthan it does for other kids.

“When we as adults think ofwhat depression or anxiety lookslike, it’s usually from our ownperspective,” she says. “But for thekids I work with, the symptomslook like outbursts, anger andsometimes violence. It looks like
frustration at not having the toolsto process a big feeling.”

“My job is 60 percent workingwith the parents and 40 percentwith the kids,” she explains,“because if the child’s emotionalneeds are not met, it can cause alot of stress for the parents’ andthat can turn into a hard situationfor everyone.”

To meet Caleb’s needs, Schnepfleft her corporate job to run anonline boutique, which allowedher to be at home more with herson. Now she’s close at hand toread his emotions and help himprocess them.

“For Caleb, this has helped alot because as his mother, I cantell when he’s frustrated or sador angry,” Schnepf says. “I canusually feel it coming on in hismannerisms or a slight change inhis demeanor that others mightnot be able to pick up on. BeforeI could sense that change, but I
didn’t have as much time to workwith him. Now I can head it off be-fore it starts, and I have more timeto work with him on processing itusing things like social stories.”

Mansfield mom StephanieSmith remembers the first time
she realized that besides thephysical challenges of spina bifida,her daughter Caroline wouldhave another set of challengesthat could be less obvious—andat times, much more painful.

“I remember when birthdayparty invitations started coming infor things that were hard for her todo, like swimming or roller skating,”Smith recalls. “Caroline started feelingreally different and a little sad.”

Later, sleepovers became asource of anxiety too. “With thethings she couldn’t do as easily asher friends came a lot of feelingsthat she had to learn to process,”Smith explains. “She was frustratedand felt like she was missing outwhen she had to leave a party earlybecause of physical limitations.”

Though it is tempting tosoothe your child’s frustrations bydownplaying her disability, Osbornsays that being cognizant ofyour child’s limitations is actuallya great starting point for lendingemotional support. “A lot of times,the way the child handles her disabilitydepends on how the parenthandles it,” she says.

Osborn, who was born blind,says the best thing her parents didwas to help her accept that she wasblind and roll with the punches.

“Their approach was very matterof fact,” she remembers. “It waslike, ‘This is who you are.’”

By setting the tone early on,they gave her a healthy approachto dealing with the feelings ofisolation that accompanied herdisability. This kind of open acceptance
is important in helping achild make room for her disabilityin her identity without allowing itto become her identity.

“When you don’t acknowledgedisabilities, that’s when a problemcan form later on down the lineas children have to learn how toaccept that they are different, andthat the difference is just one partof who they are,” Osborn says.

Feuerbacher agrees that whenparents fully accept their child’sdisability as part of who theyare, it helps the child processthings better. “If a child is bipolar,understanding that his reactionsaren’t always a choice but insteada chemical reaction leads to moreacceptance, and that helps thechild feel comfortable acceptinghimself and the things about himthat are different,” she says.

When those sleepover invitationscame, Smith was frank withCaroline about her abilities. “Wehad to talk alot about howwe cannotchange what isdifferent butwe can find adifferent wayto do things,”she says.

“They tell the parents of achild with an IQ of 65 that he willgo to college and puff them upwith this notion that college is theonly path for him,” he explains.“Then when it comes time fortheir child to graduate, the family’s
confidence is shattered whenthey find that college isn’t a viableoption for their child.”

To avoid that kind of emotionalfallout, it’s important for parents tofind education and mental healthconsultants who can put their childon a realistic path toward a future
with purpose.


A Place in the World

Be warned: A realistic path is nota sheltered one.

Osborn says parents mayaccidentally become a hindrance
to their children’s emotionalhealth by protecting them fromrisky new experiences, makingthem feel like they are inadequateor have no real purpose. Ascounterintuitive as it may seem,battling feelings of isolation andanxiety actually requires parentsto be less hands-on.

For the Smiths, that meant puttingCaroline in pursuits designedfor children with disabilities, likeT-ball through the Miracle League,but also mainstream activities likethe church nursery and soccer through SoccerTots. These opportunities helped her find friends whocould see past her wheelchair and leg braces and opened the door tonew and affirming experiences. Soon Caroline developed a strongcircle of girlfriends whose parents went out of their way to be inclusive.

“Once we accepted that we would have to do things differently, thosefriends were willing to help us and go the extra mile so that Carolineeventually could spend the night at friends’ houses or swim with them,”Smith says. “Having friends who invested in her was one of the biggest
things we did that made a difference in her life.”

Pursuing interests—particularly in the company of others—canbanish loneliness and boost a child’s social confidence, but it’s also avehicle for keeping feelings of inadequacy at bay.

“It is so important to highlight what children can do well,” Osbornsays. “It’s critical to their emotional development to feel capable in aworld that will often try to tell them they are not.”

The Smiths give Caroline space to feel disappointed or frustrated,but they meet that disappointment with affirmation that her differencesmake her unique and give her a distinct purpose in this world. “Wewould listen and validate her feeling because, yeah, it can stink to be
different,” Smith says. “But all of us are different in one way or another,so we would quickly follow that up with affirmation and then push herto focus on what she can do and to do it to the best of her ability.”

Turns out Caroline is gifted academically—she just needed a placeto cultivate that interest.

“[We] found a private school where she could blossom and nothave to constantly explain her disability,” Smith says. “She is currentlytaking pre-AP algebra and doing great.”

Osborn encourages parents to follow Smith’s lead and move pasta place of fear, to push their children to try new things and find theirniche. “It can be scary, but as parents your job is to prepare yourchildren to live independently in the world, so we must push past thefear,” Osborn says. “On the other side of that fear is going to be wherethey find their identities as whole persons.”

For my own son, it started with a lawn mower. My husband spentseveral months teaching him how to mow the grass. The instantgratification of seeing a freshly mowed yard boosted his confidencetremendously, and some neighbors even offered him a job mowingtheir yards.

Realizing that he could command a big machine helped him findan even bigger purpose: becoming a pilot. Now 12, he is workingtoward his pilot’s license and glider pilot’s license. In order to pushpast my fear of allowing him to go up in an airplane, I asked myself ifI wanted a son who battled depression on the ground or who foundhis self-worth in the air.

I’m happy to report that while his typical peers are struggling tonavigate middle school, he is flying high. 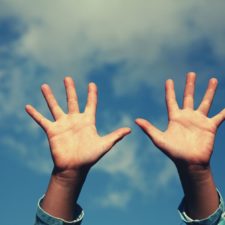 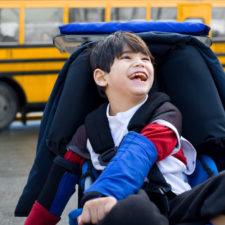 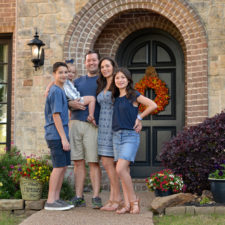