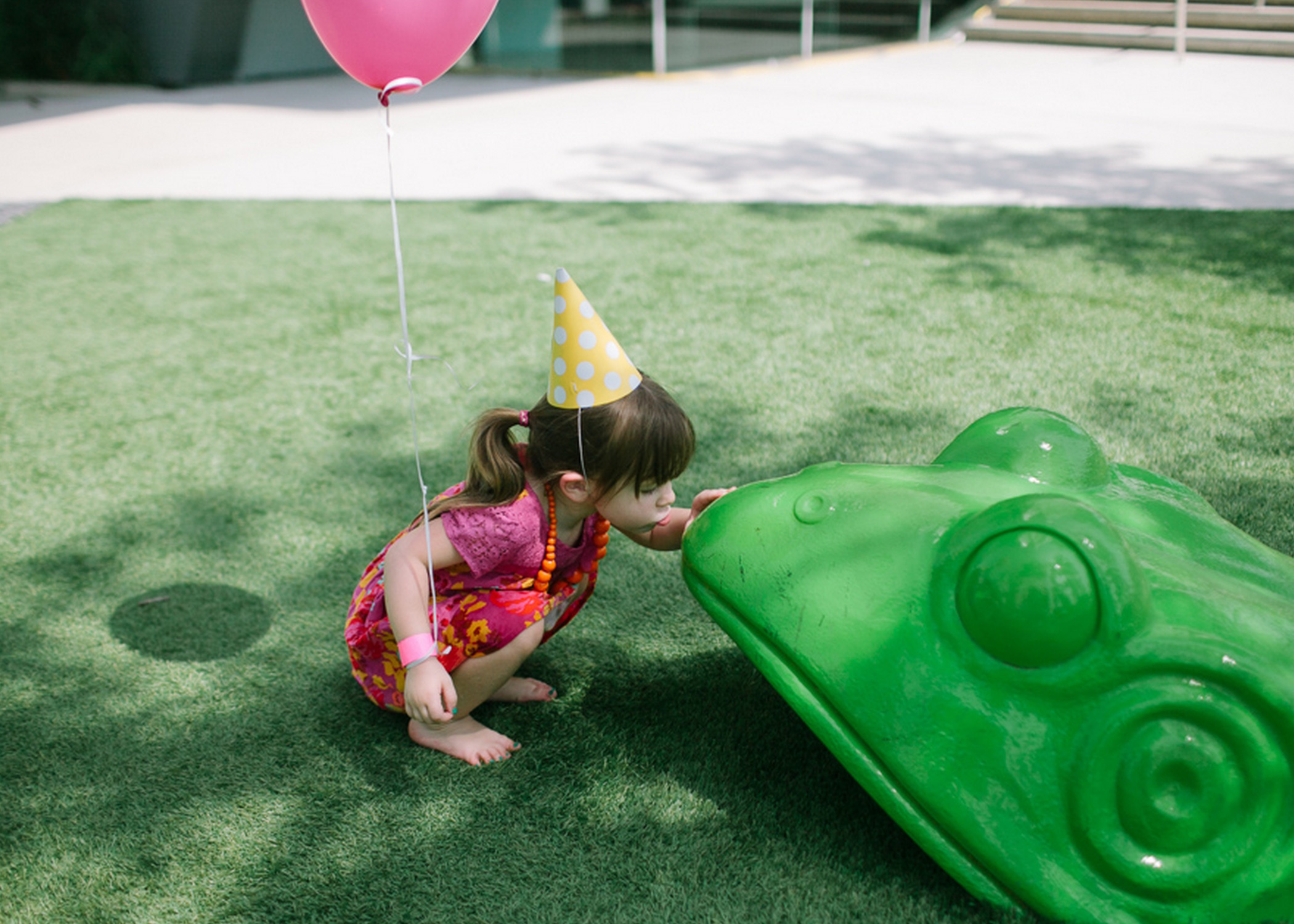 Wedding planner Lottie Fowler wanted Saylor’s third birthday party to have her signature style and flair, but she also wanted it to be a unique and thoughtful event the whole family would remember. Hoping to strike the right balance, the mom spent months seesawing between two themes: “You are my Sunshine” and “I Love You to the Moon and Back.”

Both themes had personal meaning, but it was “You are my Sunshine” that eventually won out. “It’s kind of a corny mommy thing,” Lottie says. “I’ve always sung that song to her. So I thought about that theme, and we settled on the happy details that go along with the song.”

Lottie had been eyeing the Perot Museum of Nature and Science as a potential venue since before it opened, so deciding on a locale wasn’t the problem; figuring out how to bring the song to life was the challenge.

Ultimately, Lottie decided to take the sunshine theme and run with it. Using balloons, fresh sunflowers, lots of polka dots and a wash of primary yellow, Lottie transformed a monotone party room from dull and drab to bright and cheery.

Upon arrival, Saylor and friends beelined for tables set with polka dot party hats and oversized suckers before slurping lemonade out of plastic mason jars through striped straws and munching on powdered doughnuts. Before cutting into Saylor’s lemon-flavored, ombre birthday cake, partygoers decorated cupcakes with candies and sprinkles, having a blast making a mess as they went.

As guests were sure to leave with bellies full of sugar, Lottie wanted one of her “happy details” to be an original party favor. In keeping with the sunshine theme, each child took home a miniature planter complete with soil and daisy and pansy seeds. “Just add a little sunshine,” the party favor’s tag read. “It was just perfect,” Lottie says. “I wanted to do something they could actually enjoy when they went home.”

Saylor was thrilled with the party but would have been happy with no more than a party hat and sucker, Lottie says. “I could have not gotten her anything else!”

As an added perk to partying at the Perot, every guest had full access to the museum following the party. Lottie says Saylor and friends kept the fun going well after the party ended by exploring the museum, spreading sunshine wherever they went. 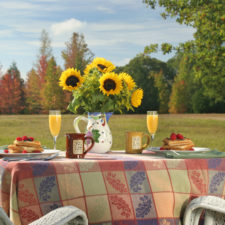