Sure, sure, we all remember the Alamo and the shot heard round the world. But what about the history in our own backyard? From the infamous Dealey Plaza to a one-room school house build in 1900, we found historical sites and landmarks in and around Dallas that every North Texas kid should visit.

Dealey Plaza
Dealey Plaza was named for George Bannerman Dealey, former publisher of The Dallas Morning News, and established as a city park in 1940. Local and national movers and shakers have since frequented it, most notably President John F. Kennedy on November 22, 1963. Today, the 3.1-acre park serves as a memorial to the fallen president and houses several educational panels and plaques about his assassination and the history of Dallas. Can’t get enough Kennedy history? Visit The Sixth Floor Museum at Dealey Plaza (jfk.org) for more.
Where: 400 Main St., Dallas; dallasparks.org

Old Red Museum of Dallas County History and Culture
The Old Red Courthouse was erected in 1892 and served as Dallas County’s original courthouse until 1966. In addition to the building itself holding historical and architectural significance with its marble accents in Richardsonian Romanesque style, the courthouse-turned-museum holds four permanent exhibits about Dallas County plus special temporary exhibits. Let your little Dallasite try hands-on activities such as pioneer dress up and historic trivia games at the Crystal Charity Ball Children’s Education Center within the museum. Don’t miss Dallas’ unofficial mascot, Pegasus, circa 1939 in the main entry.
Where: 100 S. Houston St., Dallas; 214/745-1100; oldred.org
Admission: Adults enter for $8, children younger than 16 for $5 and kids younger than 3 are free

Historic Allen Driving Tour
Thanks to the Houston & Texas Central Railroad (H&TC) coming through Allen in 1872, this Collin County town was put on the map along with railroad tracks. The Allen Heritage Guild created a driving tour with the town’s 15 most significant historical highlights. From railway depots to churches to homes of Allen’s who’s who, this tour takes you back in time to the late 19th and early 20th century.
Where: Start at 100 E. Main St. and end at Bishop Gate Drive in Allen. Download a program at allenheritage.org
Admission: Free

McKinney Commercial Historic District
McKinney’s rich agriculture and transportation history is on full display in the downtown square. Both the county and city were respectively named after Collin McKinney. The cotton town developed slowly but surely after it was voted county seat in 1848, and then the population flourished considerably after the H&TC Railroad came in 1872. Three routes for walking tours of downtown, historic residences and significant commercial buildings can be printed from the city’s website. The commercial building tour uses QR codes from smartphones to share historic facts and tidbits. The original courthouse, currently the McKinney Performing Arts Center, on North Tennessee Street serves as the focal point of the downtown district. After your history lesson, browse the antique and gift shops, or grab a bite to eat at one of the many restaurants around the town square.
Where: Downtown McKinney, centered around the McKinney Performing Arts Center at 111 N. Tennessee St., McKinney; mckinneytexas.org
Admission: Free

Farmers Branch Historical Park
This 27-acre parks houses several buildings from the turn of the 20th century, including a one-room schoolhouse, log cabins, Queen Anne houses and a general store. Whether you’ve got a flora fanatic or a train-loving tyke on your hands, they’ll find plenty to explore between the Antique Rose Garden, and the all-wood 1890s Railroad Depot and Caboose and more. Book a tour in advance to get full access to building interiors. Plenty of interactive games and activities will keep your little history buffs busy. Visit during one of the park’s many events, such as “General Store Open for Business” on November 15 or “All Aboard! Tour the Train Depot and Caboose” on November 8 for even more kids’ entertainment.
Where: 2540 Farmers Branch Lane, Farmers Branch; 972/406-0184; fbhistoricalpark.com
Admission: Free

Grapevine Vintage Railroad
Taking a ride on Puffy, a 1896 steam engine locomotive, should be a rite of passage for every train-loving tyke. Puffy and Vinny, Puffy’s 1953 diesel train understudy, offer two excursions throughout the weekends. One hour-long excursion, perfect for younger kids with shorter attention spans, begins and end at the Grapevine Depot without making stops on Saturdays at 10am thru November 21. Another longer excursion begins and ends at the Grapevine Depot, makes a pit stop so you can explore the historic Fort Worth Stockyards, and offers an optional add-on to ride around the Trinity River. Longer train ride excursions occur on Saturdays and Sundays at 1pm thru November 22. Passenger coaches and conductors appear in 1920s period-appropriate style.
Where: 705 S. Main St., Grapevine; 817/410-3185; gvrr.com
Admission: Tickets start at $8 for ages 12 and younger. Tickets for ages 13 and older start at $10.

Nash Farm
The historic 5.2-acre farmstead in Grapevine consists of the original house circa 1869, a barn circa 1905, a family cemetery and various other farming structures. On guided tours, you’ll learn the heritage of the Nash family, who were prominent farmers in pioneering North Texas, Grapevine’s history and typical 19th century farm life. Your kiddos will feel like they’ve stepped back in time after taking a hands-on approach to laundry (think scrub board and clothesline), planting and harvesting crop and caring for livestock. Recurring events such as First Fridays at the Farm and Frugal Farm Wife teach family-friendly farm skills and offer additional kids’ activities, such as knitting and preparing for winter on a farm.
Where: 626 Ball St., Grapevine; 817/410-3185; nashfarm.org
Admission: $3 for all ages older than 3

Stockyards Station
While many claim the tourist turf is overrated, the stockyards (along with arrival of the Texas & Pacific Railroad) helped put Fort Worth on the map as a livestock hub in the late 1800s and early 1900s. The stockyards might be best known today as a preserved shopping and dining destination, but it was “The Wall Street of the West” in its glory days as one of the largest livestock exchanges in the world. Cowboys- and cowgirls-in-training can take a walking tour of the 98-acre historic property, see a reenactment of a longhorn cattle drive twice daily, navigate the 5,400-square-foot Cowtown Cattlepen Maze and trot Texas’ version of the Hollywood Walk of Fame called the Texas Trail of Fame. If that doesn’t impress the kids, try horseback riding in the stockyards stables or meet some furry friends at the petting zoo.
Where: 130 E. Exchange Ave., Fort Worth; 817/625-9715; stockyardsstation.com
Admission: Walking tours are $7 for adults and $5 for children. Horseback riding prices vary.

Log Cabin Village
Take your littles on a pioneer journey on a self-guided tour of Log Cabin Village to see eight different structures preserved from the late 1800s. Each is filled with artifacts and serves a different function such as a blacksmith shop, a school, a gristmill or a basket weaving shop. A docent in period-appropriate clothing resides in each cabin to answer questions about pioneer life and explain hands-on activities for kids. Don’t leave without dressing in typical mid-1800s clothing, pumping water, gathering eggs, planting crops, or cooking a pioneer meal. Details for children’s classes such as Cherokee Basket Weaving and Rag Doll with Embroidered Apron/Cape can be found online.
Where: 2100 Log Cabin Village Lane, Fort Worth; 817/392-5881; logcabinvillage.org
Admission: $5 for adults, $4.50 for ages 4−17, free for 3 and under

Heritage Trails
From cattle drives to mule-drawn cars to flying machines, walk through Fort Worth with a map and descriptions of historic hot spots to experience the highlights of the city’s last 165 years. This 25-point walking tour details the escapades of local legends and heroes such as Amon Carter, Butch Cassidy and the Sundance Kid. Don’t leave without learning how Fort Worth got the nickname “Panther City.” Download a brochure online, or pick one up at one of four downtown locations, listed online.
Where: Start at the corner of Paddock Park, and end at Lancaster Avenue and East 15th Street. fortworthheritagetrails.com
Admission: Free

Denton County Museum and Historical Park
This three-fold historic exploration consists of the Denton County Courthouse, the Bayless-Selby House and the Quakertown House. The courthouse/museum hybrid features Denton County history and artifacts from life in the 19th century with plenty of hands-on activities for kids, including a wagon room, create station and interactive train set. The two houses within the historical park offer docent-led tours. The 1884 Bayless-Selby House brings Victorian life to the 21st century with artifacts and tools. The 1904 Quakertown House tells a rich history of the African-American community in Denton with many interactive educational panels.
Where: Courthouse: 110 W. Hickory St., Denton; Historical Park: 317 W. Mulberry Street, Denton; 940/349-2850; dentoncounty.com
Admission: Free

Pilot Point Historic Downtown Square
Thanks to the Main Street Program coming to Pilot Point in 2002, the city’s preservation efforts have paid off, making it a hub for Denton County heritage. A 25-point walking tour within the square block bordered by Main, Jefferson, Liberty and Washington streets details drugstores, flower shops, groceries and saloons from the 1870s and beyond. As the oldest settlement in Denton County, Pilot Point holds a rich history of immigrants, transportation and religion, not to mention a few highlights from the infamous careers of noted outlaws Bonnie Parker and Clyde Barrow. Download a brochure on the City of Pilot Point’s website.
Where: Pilot Point Historic Square; 940/686-2165; cityofpilotpoint.org
Admission: Free 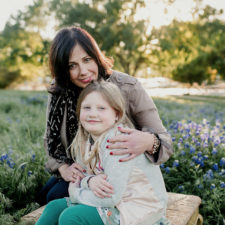 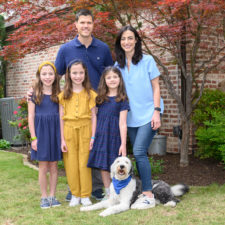 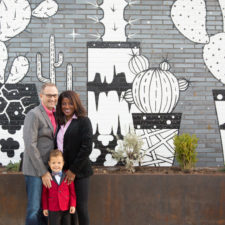 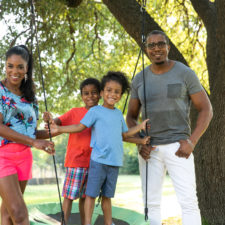