This Is Your Child's Brain ... Balanced - DFWChild

Her husband Bryan is a successful, well-adjusted adult. But, in order to manage that, he works out two hours each day and doesn’t eat anything with ingredients he can’t pronounce. So it was no surprise when their second child, Justin, began showing signs of ADHD at age 4. “Once he was independently mobile, he just kept speeding up,” she says. “It’s like somebody pushed the accelerator.”

Because Bryan had a bad reaction to Ritalin, the Riggs wanted to try treatments other than medication for their son, so, on recommendation, when Justin was just 5½, they started with a Quantitative Electroencephalography (qEEG)—a guided map of the brain.

Rigg says the neurologist took one look at a map of Justin’s brain and recognized the problem areas. “He … said here’s attention and impulse control, this is a visual processing challenge, this is processing speech, this is audio processing, over here by his ear, this is short-term memory,” Rigg says. The neurologist assured them that there was nothing really that bad by itself, but there was enough going on that Justin was “a very frustrated kid.” Because of the interplay of all these “glitches,” the neurologist explained, it was difficult for Justin to get anything done at school. The family started a treatment plan to balance Justin’s brain, a plan that included the Interactive Metronome, neurotherapy and close attention to nutrition.

Like the Riggs, many families with young children who are just showing signs of attention/hyperactivity issues, or older children who have been struggling for years, have managed to avoid medicating their child entirely with brain balancing treatments. Others have significantly cut down on the amount of medication given. How? Because balancing the brain does exactly what these meds do. Unlike taking a pill, however, brain-balancing treatments seem to really change the brain, perhaps forever.

The idea that the brain can be changed is not new. But it’s not one that most people understand as it relates to learning differences. Stroke victims and soldiers with head injuries, for example, go through treatments to get their brains back to a more normal realm. But the same can be done with children who have learning differences like ADD/ADHD, dyslexia and autism.

“People don’t understand you can apply the exact same principles to a child who has ADHD,” says Dr. David Clark, an East Dallas functional neurologist.

The concept of brain balancing, a general term for treatments that either increase or decrease the activity in specific sectors of the brain, has popped up in many clinics locally and nationally. But it still isn’t considered mainstream. With technology that has developed over the past decade, trained medical professionals are able to very specifically target a weakened—or overdeveloped—sector of a child’s brain.

But if you’ve never heard of a functional neurologist, brain balancing, or brain mapping, you aren’t alone. To complicate matters further, while data exists, not much is published, which makes people question its validity or, more commonly, they are simply unaware that it’s an option. Proof, however, is in the data that is available. Each day, information is gathered in offices like Clark’s that shows these treatments are effective in addressing the many different ways a child’s brain can be deficient. ADHD behavior may look the same in the classroom or in your car during a long road trip, but the ADHD brain does not look the same from child to child. And while a child with attention issues may always have to do maintenance exercises and be careful of what he exposes his brain to (video games, cartoons, etc., can cause that area of the brain to revert), Clark’s case studies show that the benefits don’t go away with the end of therapy: “The long-term is yet to be seen,” he says. “But there’s good evidence for the short and medium term.”

According to Dr. Todd Clements, a board certified psychiatrist and Medical Director of The Clements Clinic in Plano, brain imaging is a general term that includes various types of brain-scanning techniques that look specifically at the anatomy (CT scans, MRIs) or function of the brain (SPECT, PET, fMRIs). Brain mapping (qEEGs), on the other hand, is a type of functional brain-scanning technique that looks at electrical activity in the brain. SPECT scans measure yet another type of brain function, and Clements is one of just a few doctors using this type of science for the purpose of psychiatry. SPECT scans (a type of nuclear science) examine blood flow and produce 3-D images, which show the areas of the brain that are more or less active.

Once the brain is “mapped,” a specialist accomplishes “brain balancing” through various therapies, including Interactive Metronome, biofeedback (also called neurofeedback and neurotherapy when applied to the brain), home coaches, equine therapy, occupational therapy and even dietary changes. Therapies can be as individual as the patient and vary in length and methods. They can be applied to anyone, children or adults, however, not all types of “mapping” may be used for children. For example, The Clements Clinic does not provide SPECT scans for patients younger than 10. Younger children may have trouble remaining still for long enough to obtain an accurate picture of the brain and Clements prefers his patients to be 12 and older.

“Basically, what brain balance is doing is looking at actual differences in the right and left hemispheres of the brain to better understand any kind of weaknesses a child might have with information crossing from one side of the brain to the other,” explains Josh Cormie, executive director of the Brain Balance Achievement Center in Plano.

For example, an ADD/ADHD brain often shows low activity in the area of the brain called the prefrontal cortex (the front one-third or so of the brain), which has a lot to do with sustaining focus, impulse control, decision-making and distractibility. Medication will increase the activity in that area, making it appear to be a more “normal” brain. But like a muscle, the brain can also be taught to increase its strength in these areas.

After his brain map was complete, Justin began seeing Rusty Lozano, who has his own office, the Center for Biofeedback and Behavior Therapy, and also works at the Shelton School and The Clements Clinic. He’s a licensed professional counselor and is board certified to do biofeedback. One of Lozano’s primary tools is the Interactive Metronome, which tracks kids as they try to clap or tap their foot along with a regular sound. This helps with visual and auditory processing speed and ability—something children need in something as simple as a conversation.

In a classroom, a child with attention issues is constantly processing what is being said, raising his hand, taking notes, answering questions. That requires the brain to run at a certain speed, and the brains of children with ADD/ADHD can run a lot more slowly than they should. When the brain is trying to concentrate, the ADD brain starts to shut down. So the child seeks distraction—stimulus—to keep their brain engaged. It’s not a cycle that’s conducive to learning.

During neurotherapy, Lozano places tiny sensors on the skulls of his patients, targeting the areas of the brain they intend to modify. The sensors are hooked up to a computer program, which reads the electrical activity while the patient is watching a screen, maybe showing racecars or spaceships.

“They [patients] can learn to speed up the signal while interacting with the computer,” Lozano explains. “The cartoon image or animation will speed up or slow down [in response]. What it does is challenge the brain in the areas where work needs to be done. When a child learns to improve focus skills, the neurotherapy machine registers how well that area is functioning or improving.”

But exercising the brain can be accomplished through simpler means, including recreational therapy. For example, with equine therapy, a child has to pay attention to nonverbal cues to get a horse to do what he wants it to do. It forces him to exercise focus.

Nine-year-old Jonathan was diagnosed with ADHD when he was in kindergarten. His mom, Yvonne Tijerina, notes that he had always been different. He had delayed speech and difficulty with socialization. He started medication but couldn’t catch up with the two to three grade levels he’d fallen behind, and the medication made him moody. Tijerina took him to the Brain Balance Achievement Center of Plano, where the right side of his brain got quite a workout. He’s been off his medication for a few months now, she reports.

“We have seen a huge improvement in him,” says Tijerina. “He’s more focused now. He can control his energy more. He’s a happy little boy.”

The Brain Balance Achievement Center of Plano is one of 29 Brain Balance centers nationwide, developed by Dr. Robert J. Melillo. The kids who come through here are between the ages of 3 and 18, with ADD/ADHD the most common reason they come for treatment. While the Center does not get involved in their patients’ medication, 86 percent are taken off medications after treatment.
Dr. Roger Clifford, a board certified chiropractic neurologist at Brain Balance Achievement Center, says, “We get results because we alter the environmental input to the brain.”

But what if the results are too great? Can you balance away creativity?

Clifford assures, “We actually see, in almost all of our kids, increased creativity. As the functional disconnection resolves … the kids are able to think much clearer and are able to get better grades, score much higher on standardized testing, improve their behavioral issues.”

While Clements does work with medication (if the patient requires it), he points out, “One of the biggest complaints we get about meds … is that it flattens out their personality.”

Clifford adds, “We live in a society that is very pharmaceutically based. This does take a little bit more work than that. But you’re actually talking about real, true healing and correction of underlying causes—not a lifelong situation where you have to take this medicine. When parents realize that, then the effort just becomes second nature to the parents and the children.”

For Justin, now 7 and in the second grade at Shelton, it’s working. He recently finished his third session of neurotherapy.

“He’s actually reading now. His confidence is building,” Rigg says. “So many factors have changed in his environment it’s really hard to say exactly which piece the neurotherapy is responsible for. But I feel like things are going well, and I believe this helps. I don’t really care that I can’t quantify it to a level that a scientific panel of experts would approve it. It doesn’t matter because my kid is feeling successful at school and my kid no longer throws tantrums when I say it’s time for school.” 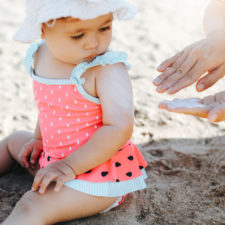 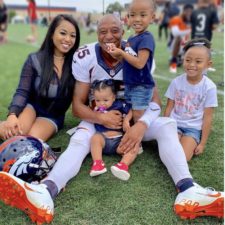 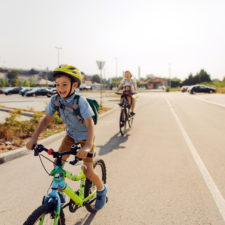