A Sight to Sea - DFWChild

Transforming dry land into a magical, under-the-sea soirée might seem daunting to some, but not for Dallas mother of two (Adalynn, age 2; Annsley, 5 months) and creative hostess Tanya Wiggains. After celebrating her daughter Adalynn’s first birthday party outdoors in the scorching July heat, Wiggains, was determined to find a cooler option this year.  “I wanted to find a place that parents would enjoy as much as the kids … and that had a strong AC!”  Considering Adalynn requested a mermaid-themed party, Wiggains had a hunch The Dallas World Aquarium would be an ideal spot. She says, “The party was a hit. The kids loved it, absolutely loved it!”

Party details such as decorations, food, activities and more were memorable to say the least. But even before the sea-themed celebration actually began, Wiggains had put her imagination and thoughtful touch on every element of the party, beginning with the invitations.

Thanks to Amy Headington with Images of Grace Photography in Grapevine, the “Under the Sea” theme was beautifully integrated into the invites using adorable pictures of Adalynn. The birthday girl—donning a mermaid costume—was pictured in three different poses, complete with a treasure chest and mermaid’s tail. Clever rhymes requested the presence of friends and loved ones to enjoy an afternoon at the aquarium in addition to the underwater wonderland Wiggains so successfully designed. “We pre-purchased all the tickets, and the DWA allowed everyone to arrive early so that parents and kids could tour the facilities together as a family before arriving at the Port Hole room to begin the celebration.”  Her creativity came in handy when decorating the private function room. Wiggains purchased mermaid costumes and used them as chair covers. Big paper lanterns hung over the kids’ tables, and above each of the adult tables were fish piñatas in tutus and tiaras—reflecting Adalynn’s girly personality. All around the room, Wiggains also hung starfish, which she painted and embellished herself. Of course, no party is complete without the cake, and this innovative mom put just as much thought into the sweets as she did the décor. Made by Dallas Affairs Cake Co., the 4-tiered, ocean blue-colored cake dazzled—adorned with sea creatures and crowned with an enchanting mermaid.

The kids had an afternoon of fun complete with a bounce house, face painting, treasure hunt and a special appearance by a pirate and his princess who Wiggains had hired from Wylie-based B3 Entertainment.  “The kids were so excited. They ran around and played … and couldn’t get enough of the bounce house.”

Even take-home treats were carefully considered. The party favors came in two varieties: one for the girls and the other for boys. Wiggains placed mermaid-themed coloring books and crayons, a mermaid Barbie doll and candy in the girls’ bags and pirate-themed coloring books with crayons, sea creatures and candy in the boys’ bags—sending them home with a little something from the sea.

The Dallas World Aquarium catered the party and the spread was just as magnificent as the celebration.  “The food was delicious and absolutely beautiful! The DWA did a fabulous job – the service was amazing.”

After Adalynn blew out her candles with delight, she did not want her party to end. She pleaded with her parents saying, “More party! More party!” Wiggains laughs as she recalls that morning after her 2-year-old’s birthday bash. “When she woke up, that was the first thing out of her mouth.  ‘More party!’ She wanted to do it all over again.” 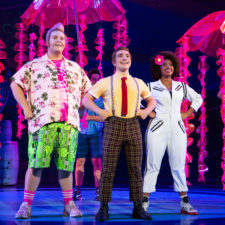 13 Reasons to Get Out of the House Thursday–Sunday 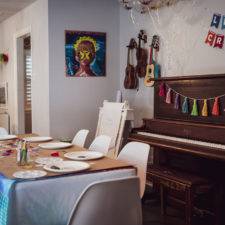 How to Throw an Arts and Crafts Party 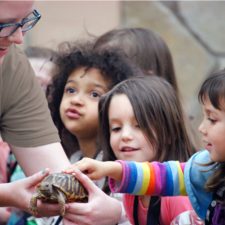 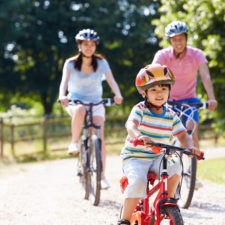