“Just one more hug, then you have to go night-night, OK? I love you.”

Fort Worth mom Stephanie Parker whispers those words to her daughter Charlotte before she goes down for her afternoon nap. These days, the 4-year-old has her sleep routine set, notwithstanding the occasional request for another drink, an extra hug and other procrastinating, yet endearing, tactics for a bit more “awake” time — a trait all tots seem to have mastered.

But four years ago, a good night’s sleep in the Parker household was not in the cards. Baby Charlotte was having a tough time falling asleep during the transition out of the swaddling stage that eventually occurs with infants, and Stephanie took it upon herself to come up with a solution.

That solution — a completely original, star-shaped swaddle/pajama hybrid called the Zipadee-Zip — took Stephanie and husband Brett smack-dab in front of Mark Cuban, his fellow “sharks” and the rest of America just a little over a month ago during the season premier of hit TV show Shark Tank on ABC. That’s when the Parkers got the green light they needed to take their creation and company, Sleeping Baby, to the next level.

But even before the $200,000 deal they received on the show, Stephanie was a success, bringing home more than $1 million in sales. Seven-figure sales aside, her children, Charlotte and 8-month-old son Maverick, are her true barometers of success.

It was more out of Stephanie’s desire to stay home with Charlotte, than to figure out a way to help her daughter get a good night’s sleep (and yes, for herself and Brett as well) that her business came to be.

“We were in a situation where I was either going to have to go back to work for financial reasons, or I was going to have to find another solution,” explains Stephanie. “Honestly, this was a huge answer to our prayers when she stopped sleeping; it was just a matter of necessity [to come up with a way to improve Charlotte’s quality of sleep].”

But Stephanie’s achievements didn’t come without adversity. A little over a year ago, she had a miscarriage and nearly died of internal bleeding. Though she intended to keep this private, it was tough for her to manage her business while recovering from the ordeal. Delayed orders and other setbacks forced her to shed light on what she was going through with her Facebook followers — all 12,000 of them. What she received was an outpouring of support she never expected.

“The response that I got helped me heal in a way that I could never have on my own, and it was from women who shared their own experience from losing a baby… and it just put things into perspective,” she shares.

Thanks to the kindness of her customers, Stephanie makes it a point to extend the same courtesy to them. Oftentimes, she’s not only talking to customers about product questions they may have, but also listening to other moms discuss the sleep issues and other problems they’ve been having with their little ones. And despite the tragedy off her loss, Stephanie is grateful for how things have unfolded. “I would not have Maverick if I didn’t lose that baby,” she says.

Now the mother of two is an expert juggler of the day-to-day. Step into Stephanie’s shoes and you may find yourself feeding a baby boy, answering a number of customer emails, corresponding with manufacturers and watching your daughter perform her most recent rendition of Frozen all at the same time. Stephanie admits that while she does have to adjust things here and there, “you’re given what you need when you need it, and somehow it just works.”

Family and work inevitably intertwine for the Parkers. But in the case of the tight-knit, family-of-four, this is a very good thing. In addition to her kids serving as “see Zipadee-Zip in action” models, her hubby handles the nuts and bolts of the operation — accounting, bookkeeping, etc. — areas Stephanie confesses she prefers to stay away from. As an added bonus, she and Brett have the flexibility to incorporate work, caring for the children and adult time as they see fit. Sure, things can get a little insane, but Stephanie’s sense of pride and ownership in doing what it takes to make her business thrive while raising a family keeps her going.

On the family front, Stephanie is making it a point to enjoy motherhood more the second time around. As a first-time mom, Stephanie was a lot more conscientious about schedules and milestones. However, experience has allowed her to be more flexible with Maverick. “With this second little one,” she says, “I’m just trying to enjoy the cuddles and not freaking out if he’s not sleeping perfectly all the time like I was with our first one; because this time is going to go by so fast. I mean the fact that my daughter is now 4 … it blows my mind!”

Stephanie’s latest project? Fabric design. She’s starting to make her own prints for her Zipadee-zips. Until recently, she had been selecting patterns from the manufacturer she does business with, but now she’s in the process of creating her own, which is something she’s always wanted to do. Always interactive with her Facebook followers, Stephanie has involved them in her print-designing process by posting designs for their input.

From print prototypes to online orders to everything else that comes with sustaining a fast-growing company, the Parkers have their hands full. But work is work and Stephanie is still a mom first. Spending quality time with her little ones and being with friends and family comprise most weekends for her. Date nights with Brett at places like Scat Jazz Lounge and Chef Point Café are a regular occurrence.

“We haven’t sold enough Zipadee-zips to do Europe on the weekends,” she jokes. But at the rate things have been going for Stephanie so far, that trip to Europe may happen sooner rather than later. 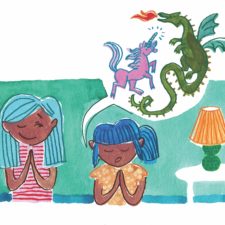 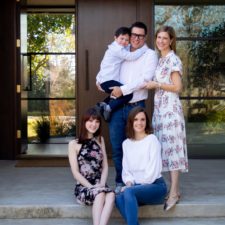 A Pregnant Mom’s Reaction to a Special Needs Diagnosis 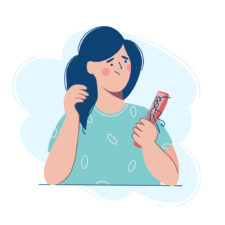 How to Get Through Postpartum Hair Loss 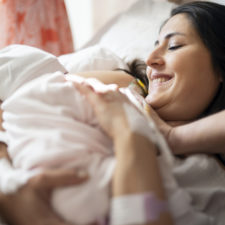