“If you teach, you have to live your teaching.”

The words of the late Maya Angelou resonate with writer and documentary film producer Erin Prather Stafford. A great admirer of the beloved author and modern-day renaissance woman, Erin strives to be a good role model as well. Some may require a grand platform to educate, while others do just fine in smaller spaces.

“My office is a converted closet — also known as a cloffice,” Erin muses. In her case, office square footage has zero bearing on productivity. In fact, the 37-year-old has been prolific in her work, which includes serving as the executive producer of Wonder Women! The Untold Story of American Superheroines, the award-winning documentary that delves into the evolution of female superheroes in the spheres of literature, television and real life.

In 2007, prior to Wonder Women!, Erin’s husband, Hank, graduated from the University of Texas’ McCombs School of Business. The family packed their bags, heading for Big D where Erin worked as a communications specialist at UT Southwestern Medical Center and an associate editor at the Texas Medical Association in Austin. It took a while to get used to her new city, but now Erin is a bona fide Dallasite, relishing trips to venues like the Dallas Museum of Art and Texas Discovery Gardens with her little ones.

Erin is also a superhero of sorts. She is, after all, mom to two darling girls — Vivian, 4, and Alisha, 9 months. And as working mothers understand all too well, the battle for attaining the perfect balance of parenthood and a rewarding career is no easy task — it has seemingly become the Holy Grail of goals for many women.

Erin typically dedicates half of her day during the week to her writing and communication projects “while Vivian is at preschool and Alisha is either napping or I have a sitter arranged,” she explains. However, she did cut down on work-related projects during the summer, with plans to get things moving along once again toward the end of this month. Fortunately, she can also count on Hank (who works at TXU Energy) when she needs help with her balancing act of managing projects and taking care of their daughters.

“With two [children] you can still divide and conquer. It’s just now each partner has a child so [there’s] less downtime,” Erin says about her family of four. “Hats off to all those who’ve had three or more. I am in awe. But seriously, to see the love they already have for each other has been amazing. And I’ll admit when we finally got around to seeing Frozen, both my husband and I got a little teary by the displays of sisterly love.”

Disney tales aside, Erin has been busy crafting a few narratives of her own. “I just completed a short-story writing class at the Creative Arts Center of Dallas. It met on Sunday afternoons and my husband was wonderful enough to watch the girls while I attended,” she shares. “Additionally, I’m doing some freelance writing and public relations for several clients. I am also involved with 10,000 Kids’ Books!, a project working to create free little libraries to provide kids with access to books of multiculturalism and diversity. We just got started.”

With a fondness for books, Erin is happy to discover that she’s passed on her love for them down to Vivian. “Bedtime always consists of reading at least three,” she says. Vivian’s current favorite book is Aaron Becker’s picture book Journey, which visually chronicles a girl’s escape from the mundane into a magical world of possibilities and friendship. It’s a plot that Erin probably wouldn’t mind her girls experiencing in reality.

A world of possibilities for Vivian and Alisha is what keeps Erin hard at work, empowering women and ensuring that they are properly portrayed in the media.

“For me, having children is a declaration of having faith in humanity. Yes, our world has horrendous problems and challenges. But it also has immeasurable beauty and wonder,” she observes. “I truly feel a real responsibility to do what I can to make things better for my children and those in their generation. We can all help create a great future.”

It seems that the world could use a lot more of Erin’s influence — especially in Hollywood. She balks at the kind of female superhero films (i.e. box-office blunders like Catwoman and Elektra) that have come out in the last couple of decades and missed the mark, not to mention the sheer amount of sequels and different remakes of the same set of male superheroes being produced year after year. To her disappointment, even if a superhero movie doesn’t do well, movie producers are willing to chance making yet another one. In contrast, superheroine scripts are few and far between (despite the number of equally popular female characters found in comic books and other types of literature) and making such a film is often considered a big risk. Erin is determined to change the status quo.

Hopefully her children will reap the benefits of Mom’s efforts later on in life. “If they grow up with unshakable confidence and resilience and [have] kind hearts with an openness to consider what it might be like to walk in other people’s shoes, I’ll feel I did pretty good.” Erin adds, “I also hope they’ll be active in their respective communities and simply live their lives by the golden rule.” 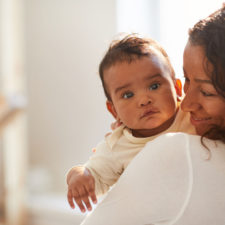 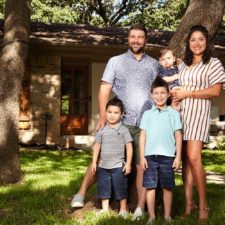 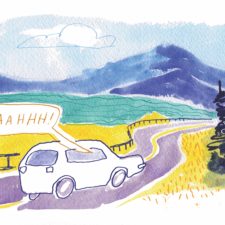 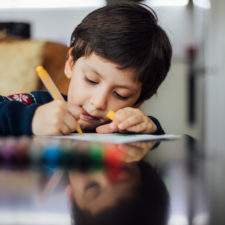