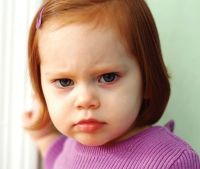 “She was like having a child from the devil.”

Imagine being so tormented by your child’s violent outbursts and belligerent behavior that you would compare her to the offspring of an evil spirit. Do this and you may catch a glimpse of what it’s like to have a child with Oppositional Defiant Disorder (ODD). At least this is how the story played out for area mom Therese Nozykowski, as she struggled to uncover what was causing her young daughter, now 13, to fly into blind rages and defy authority, even when she was as young as 4.

“ODD is when a child has behavior problems … a recurrent pattern of negative behaviors, very defiant, very disobedient, hostile behaviors that go on for a minimum of six months,” explains Dr. Kirti Saxena, assistant professor of psychiatry at UT Southwestern Medical Center. “Typically [ODD-type behavior] starts out in the home setting, and then it can also go into the school setting.”

At first, ODD may sound like any kid testing her limits during normal bouts of childhood defiance. So how do parents determine when the line has crossed into something more serious?

“It’s important to differentiate ODD from normal defiant behavior that you see in children across all age groups,” asserts Saxena. “ODD should be considered only if these behaviors occur frequently and they occur in the home and in school.” Saxena also says children battling the condition aren’t able to function normally, have difficulty making/keeping friends and suffer academically because they refuse to cooperate in a classroom setting.

“My daughter was on a roller coaster,” laments Nozykowski. “She would have temper tantrums — not the regular, little kid kind. She would spit, kick and bang her head against the floor or wall. She would stand her ground when she didn’t want to follow the teacher’s rules or directions; she would run out of the building, not just the classroom. This was happening when she was 4 and 5 years old.”

If you suspect your child is battling ODD, Saxena advises seeking intervention from your pediatrician, who can make the initial diagnosis, but adds that for proper treatment, a referral to a mental health care professional is necessary.

“ODD can stand alone as its own diagnosis, or it can be in the context of depression, bipolar disorder, anxiety or ADHD,” reveals Saxena. “For ODD by itself, the recommended treatment is a combination of parent management training, a behavior modification program and consultation with the school to understand what the behaviors are and how to target those behaviors and change them.”

If there are other conditions to contend with, Saxena says the hope is that when the primary disorder is treated (like depression or ADHD), the aggression will resolve.

Nozykowski says that by seeking help not only for her daughter but also for herself, the family is able to keep ODD from wreaking havoc on their lives.

“She has learned to release her frustration through writing, drawing, dancing and just by communicating. We have supplied her with the tools she needs to use to get through life easier with ODD,” she says.

For additional information on ODD or to find a child and adolescent mental health care professional in the Dallas area, visit the American Academy of Child and Adolescent Psychiatry at aacap.org.