It’s been said that behind every good man is a good woman, and that’s the story of Gayle Klancnik, the great wife behind the words of The MANifesto’s Rudy Klancnik. Our readers know him for his humorous tales on real life from the dad’s perspective, but we wanted to know more about the other side of the story. The preschool teacher, down-to-earth mother of two (Reagan, 12, and Jake, 7) and caretaker of dog Snickers opened her home to give us the inside scoop of life with Rudy.

So you’re married to rudy. what’s that like? [laughs] He’s a lot more introverted than you think he is. He’s a great dad. He’s a lot more patient with the kids than I am. He’s Disney World and I’m just Mom since they’re around me a lot more. He’s their playmate, and they can’t wait for him to get home.

How did you meet? We actually worked together at a company called Beckett Publications. We met there and will be married for 15 years in January.

Tell us something about him most wouldn’t know. He’s not nearly as organized as his type-A organized wife. Which I guess is a good balance.

What attracted you to him? He does make you laugh, and he’s very easygoing. He made me feel comfortable, and he’s just a happy-going guy.

Where was your first date? We went to Benihana, and I had never been there!

Do you like sports as much as Rudy? I do, yeah. I’ll watch football with the kids. In fact Jake, instead of watching Phineas and Ferb in the mornings, turns on SportsCenter.

I bet that makes Dad proud. Yes, it does!

How often do you hear Rudy say, “I don’t know. Go ask your mother”? Hmmm, yeah. Jake will say, “Do I have to take a bath?” And Rudy is definitely the laidback, “Eh, you don’t have to.” And I tell him to get in there and do it. I hear it a couple of times a week. “Dad said we didn’t have to.”

Have you ever referred to Rudy as your third child? Absolutely, and he tells me I talk to him like his mother because I’ll say things like, “Are your clothes supposed to be on the floor?”

Five words your children would use to describe you. Dependable, timely, comforting, strict and fun.

Five words your children would use to describe Rudy. Playmate, laidback, patient, hard worker and dedicated.

When something humorous or eventful happens, do you think, “Oh great, Rudy is gonna write about that”? Occasionally. Or I’ll say, “Hey, you should write about this.” But I never have any good suggestions per him. He says, “I am not writing about that.” Sometimes I’m afraid about over-sharing, but it’s fun. Jake thinks his dad is famous, and so if Daddy is famous, then he should be famous.

Most helpful mommy advice. It really does take a village to raise a child. And pick and choose your battles.

What’s the most valuable lesson your children have taught you? They probably teach me to slow down and stop and take in that moment versus, OK, what do we need to get ready for tomorrow? Be in the moment.

What do you find challenging about motherhood? Trying to protect them, especially my daughter. And also just trying to give them the right tools for situations they’re not comfortable with. Not being helicopter mom all the time, and just equipping them with the right words and actions.

Most memorable motherhood moment so far. Probably when they both started elementary school. They went from this little toddler I could see every day to letting go of them for several hours a day and hoping and trusting that they were being taken care of.

Favorite thing to do as a family. We do spend a lot of time in Fort Worth on the weekend and like to go to sporting events.

Best and worst gifts Rudy ever gave you. We don’t really do gifts. One time he picked out a really bad outfit that he thought was really cool, and when I took it back he may have gotten a little offended. Sometimes I’ll buy it, wrap it and put his name on it.

Who helps with homework at night? I do the stuff I know how to do, but he’s so much more patient with them that they prefer him. He takes English and geography, and I’ll take math.

After you get the kids to bed, what do you and Rudy enjoying doing? We usually watch junk TV. He won’t admit it, but we like to watch HGTV Design Star, and, as a family, The Amazing Race.

let’s get to your favorites. family outing: Going out to eat as a family.

Ice cream: Rudy says only old people eat this, but I really like peppermint from Braum’s. 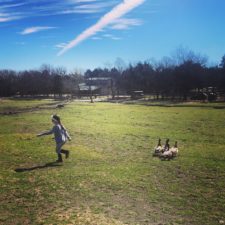 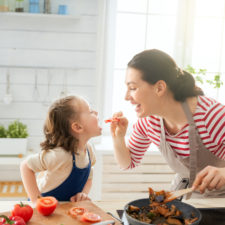 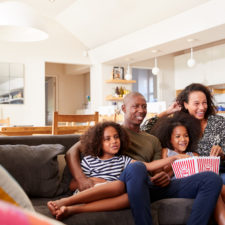 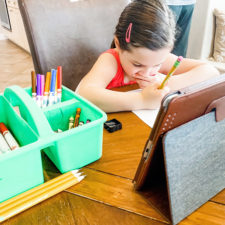